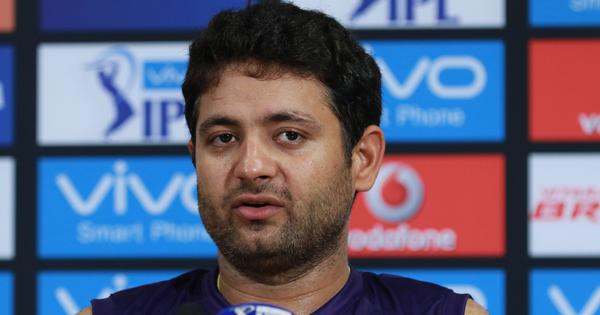 Defending champions Mumbai Indians expect senior leg-spinner Piyush Chawla to play an important role for them in the upcoming edition of the Indian Premier League.

Mumbai Indians strengthened their spin department with adding 32-year-old Chawla to the squad at the most recent auction.

“I have played with Piyush since U-19 days. And I know, he is a very attacking bowler, which is something that we wanted in our spin bowling department,” Rohit, who has led MI to record five titles, said in a video posted on side’s official Twitter handle.

The 32-year-old Chawla, on his part, said that it was great to be picked up by the holders.

“I am quite happy and excited because you want to be a part of a team which is a defending champion and has done so well in the IPL, so it’s really nice,” said Chawla.

“We value his experience very highly. We have Rahul Chahar also in the team, who is an upcoming, young talent. The experience of Piyush Chawla is surely going to help him as well,” said Zaheer.

“Piyush Chawla is not only going to bring his game or skill sets to the team, but also his wealth of experience. He has been in pressure situations (and) he has a bigger role to play. He is going to be the senior-most spinner in the squad and with his experience, I am sure he will be able to mentor all these spinners which have in the squad and sharing those experiences has always worked,” added Zaheer.

Chawla also said that it was important to have an understanding with other spinners in the squad.

“I have seen Rahul (Chahar) and played cricket with Jayant (Yadav) and Krunal (Pandya), so it is very important to share each other’s experience, because there might be things which Krunal knows and I don’t. The things I know, that Rahul doesn’t know. So, it is important to develop an understanding and you can take it forward,” said Chawla.

(With inputs from PTI)