‘Waging a War on the People’: Boko Haram Attacks on the Rise in Cameroon, Dozens Killed 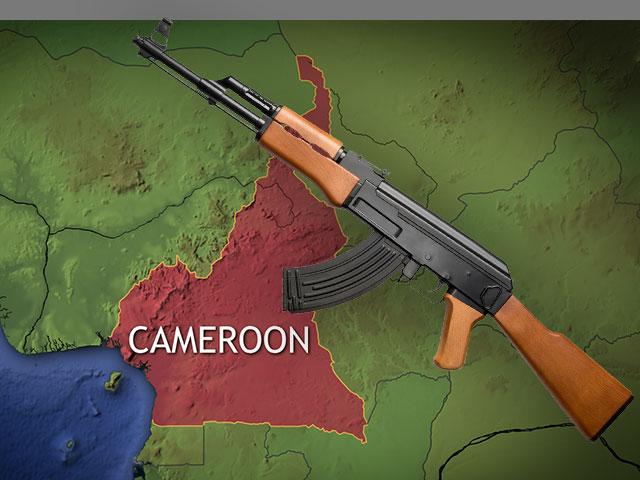 The radical Islamic terror group Boko Haram has increased its attacks on civilians in towns and villages in the Far North region of the central African country of Cameroon since December 2020, killing at least 80 people, according to an international watchdog’s report released this week.

Human Rights Watch reported in addition to killing dozens in the region, the militants have also looted hundreds of homes. The watchdog said the Cameroon government should instigate firm steps to protect communities and respond to the worsening violence by putting a security force in the field.

“Boko Haram is waging a war on the people of Cameroon at a shocking human cost,” said Ilaria Allegrozzi, senior Africa researcher at Human Rights Watch. “As Cameroon’s Far North region increasingly becomes the epicenter of Boko Haram’s violence, Cameroon should urgently adopt and carry out a new, rights-respecting strategy to protect civilians at risk in the Far North.”

Human Rights Watch surveyed 20 victims and witnesses to five 5 Boko Haram attacks since mid-December in the towns and villages of Blabline, Darak, Gouzoudou, and Mozogo. Among the attacks on the villages, the group found an incident where a Boko Haram suicide bomber blew up fleeing civilians, dozens of local fishermen were killed with machetes and knives, and an elderly village chief was assassinated in front of his family.

The watchdog reported its research suggested the number of casualties could go much higher since attacks in remote areas often go unreported.

Cameroon has seen a sharp spike of militant attacks in the past year. According to a November 2020 report of the Africa Center for Strategic Studies, a United States Department of Defense think tank, the number of Boko Haram attacks against civilians in Cameroon in 2020 was higher than in Nigeria, Niger, and Chad combined.

Cameroon currently ranks number 42 on Open Doors’ 2021 World Watch List of countries where it is most difficult to be a Christian. It rose six spots from last year’s list due to the rise in persecution and violence.

“Because the government is often focused elsewhere, it’s given an opening for Boko Haram to expand and continue attacks that target Christians,” the organization said on its website.

As CBN News has reported, after the defeat of ISIS in Syria, the Islamic terror group turned its sights on Africa.

The continent is currently witnessing a spree of terror attacks inspired by ISIS-affiliated groups.

Last month, a large group of militants fought against the Mozambican army for control of the strategic northern town of Palma, as reports came in that dozens of civilians have been killed and bodies were littering the streets.

Also in March, the Abubakar Shekau-led faction of Boko Haram finally freed a local Christian pastor after kidnapping him in December and threatening to kill him unless their ransom demands were met.

In November of last year, Boko Haram Islamic fighters slaughtered 110 Nigerian farmers, men, and women, killing them as they worked in their rice fields.

In a separate attack, ISIS-linked fighters beheaded 50 people in a soccer stadium in northeast Mozambique.

And earlier that same month, a CIA officer, formerly of the Navy’s elite SEAL Team 6, was killed in an explosion set off by the Somali-based Islamic terror group al-Shabaab.

The CIA operative, along with four Somali officers, reportedly died during a raid on the group’s suspected hideout south of Mogadishu.