Facebook data breach: What happened and why it’s hard to know if your data was leaked 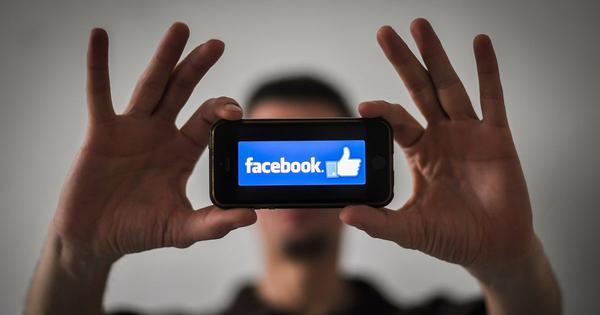 Over the long Easter weekend, reports emerged of an alleged data breach, impacting half a billion Facebook users from 106 countries.

And while this figure is staggering, there is more to the story than 533 million sets of data. This breach once again highlights how many of the systems we use are not designed to adequately protect our information from cybercriminals.

Nor is it always straightforward to figure out whether your data have been compromised in a breach or not.

It quickly became clear this was not a new data breach, but an older one that had come back to haunt Facebook and the millions of users whose data are now available to purchase online.

The data breach is believed to relate to a vulnerability that Facebook reportedly fixed in August of 2019. While the exact source of the data cannot be verified, it was likely acquired through the misuse of legitimate functions in the Facebook systems.

Such misuses can occur when a seemingly innocent feature of a website is used for an unexpected purpose by attackers, as was the case with a PayID attack in 2019.

In the case of Facebook, criminals can mine Facebook’s systems for users’ personal information by using techniques which automate the process of harvesting data.

This may sound familiar. In 2018 Facebook was reeling from the Cambridge Analytica scandal. This too was not a hacking incident, but a misuse of a perfectly legitimate function of the Facebook platform.

While the data were initially obtained legitimately – as least, as far as Facebook’s rules were concerned – it was then passed on to a third party without the appropriate consent from users.

There is no easy way to determine if your details were breached in the recent leak. If the website concerned is acting in your best interest, you should at least receive a notification. But this is not guaranteed.

Even a tech-savvy user would be limited to hunting for the leaked data themselves on underground websites.

The data being sold online contain plenty of key information. According to haveibeenpwned.com, most of the records include names and genders, with many also including dates of birth, location, relationship status and employer.

Although, it has been reported only a small proportion of the stolen data contained a valid email address (about 2.5 million records).

This is important since a user’s data are less valuable without the corresponding email address. It is the combination of date of birth, name, phone number and email which provides a useful starting point for identity theft and exploitation.

If you are not sure why these details would be valuable to a criminal, think about how you confirm your identity over the phone with your bank, or how you last reset a password on a website.

Haveibeenpwned.com creator and web security expert Troy Hunt has said a secondary use for the data could be to enhance phishing and SMS-based spam attacks.

How to protect yourself

Given the nature of the leak, there is very little Facebook users could have done proactively to protect themselves from this breach. As the attack targeted Facebook’s systems, the responsibility for securing the data lies entirely with Facebook.

On an individual level, while you can opt to withdraw from the platform, for many this is not a simple option. That said, there are certain changes you can make to your social media behaviours to help reduce your risk from data breaches.

If you really want a scare, you can always download a copy of all the data Facebook has on you. This is useful if you’re considering leaving the platform and want a copy of your data before closing your account.

Paul Haskell-Dowland is an Associate Dean (Computing and Security) at the Edith Cowan University.

One thought on “Facebook data breach: What happened and why it’s hard to know if your data was leaked”