Festival of flavours with Noodle Bowl in Delhi 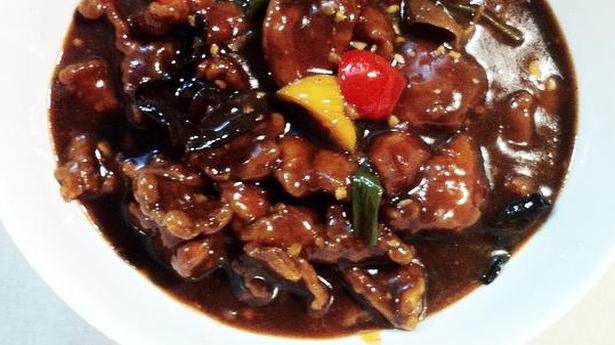 Since it wasn’t safe to step out and mingle around Holi, ordering in some Chinjabi from Noodle Bowl seemed the only option

I was a wee lad when I had my first Chinese meal in Delhi. It was at Ginza in Connaught Place. Your childhood food memories mould your tastes, no matter how many cuisines and flavours you try out as you grow older. That explains why Chinjabi — a mix of Chinese and Punjabi — continues to enthral me.

I was in a nostalgic mood last week, as it was Holi and we were cooped up inside. I thought back to the old Chinese restaurants we used to frequent on festive occasions. The yearning for some old-fashioned Delhi-style Chinese food — doused with a generous dollop of soya sauce — grew. I went looking for a suitable Chinese eatery that I had not tried out before.

The result was a place called Noodle Bowl, a popular chain with branches everywhere. I looked up Swiggy, and found that the menu included pork, which many restaurants sadly do not serve any more.

First the bad news: The dishes more or less looked the same. Now the good news: They, however, had their own characteristic flavours, and quite a nice taste. The pork was crunchy, had an aftertaste of pepper, and was a good appetiser. Both the lamb and the chicken dishes did come in a soya dressing, but I enjoyed them. The lamb was tender and the sauce, cooked with onion, ginger and capsicum, nicely tangy.

What was really nice was the chicken: pieces of chicken breast with spring onions, red and yellow pepper, black mushroom, Chinese cabbage and lemon juice. The sauce was mildly sweet, possibly because of the peppers, and I really enjoyed that. The crunchy veggies added to the taste and texture. The chicken pieces were deliciously squashy and went well with the fried rice.

The rice was long-grained, and came with bits of veggies, and a nice aroma. The noodles, however, were nothing much to write home about, quite like the spring rolls, which were too hard. The dim sums got a B from us — neither very good, nor too bad.

Noodle Bowl is value for money, and the portions are generous. Four of us had this meal, and there was enough left over for lunch and half a dinner the next day,

I am not all that fond of Chinese dessert, so I ended with two kinds of gujiyas (it was around Holi, after all). One was from Hira Sweets, with a filling of thickened milk and khoya. The second from Pitara was a soft gujiya, with a filling of stewed apples, walnut and jaggery. It was delicious, and healthy to boot.

Holi turned out to be quite nice after all. It wasn’t the festival of colours, but certainly one of flavours.