What Is Putin Up to? Pentagon Closely Watching Russia’s Aggressive Military Moves in Europe, Ukraine 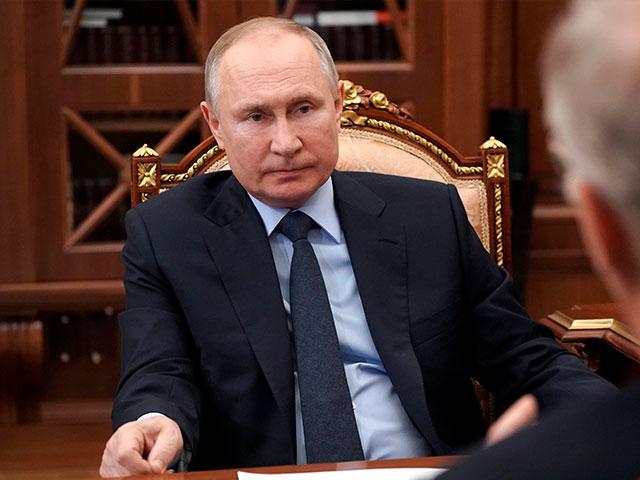 The Pentagon is on alert as Russia steps up provocations in Europe and other parts of the world.

Russia is building up military forces on its border with Ukraine. The news comes as fighting between Moscow-supported separatists and Ukrainian forces is increasing. The fighting has been going on since 2014 when Russia took over the Crimean Peninsula, but Russia denies having a military presence there.

President Joe Biden has reportedly told Ukraine it would “never be left alone against Russian aggression,” the leader of the eastern European country said Friday.

“We enjoy the full and unwavering support of international partners, including Europe and the United States,” Volodymyr Zelenskiy said, referring to Biden’s call to him following reports of Russian troop movements on Ukraine’s eastern border.

About 20 Ukrainian defenders have been killed so far in 2021.

European watchdogs report seeing new weapons on the Russian-backed side in the past few weeks and artillery fire has become more frequent and constant, according to the New York Times.

Some Washington officials have said the move is only “saber-rattling,” but some fear Russia’s moves in the region could lead to the further escalation of hostilities.

The website thedrive.com noted the buildup of large amounts of Russian military hardware, including tanks and heavy artillery along the country’s border with Ukraine last week.

Russia is also increasing military flights near Alaskan airspace and near NATO airspace as well as its submarine activity in the Atlantic Ocean.

Analysts say this is all a test of the Biden administration’s resolve to stand up to aggression.

The Pentagon this week accused Russia of violating a 2020 cease-fire, including in a March 26 clash that killed four Ukrainian soldiers. Ukraine’s military blamed a Russian mortar attack.

CBS News reports Russian President Vladimir Putin admitted the increase in violence on Tuesday and blamed Ukrainian forces for it.

The Kremlin released an official transcript of a telephone call that Putin had with the French and German leaders who said he had “expressed serious concern about the escalation of armed confrontation on the contact line being provoked by Ukraine.”

In a statement issued last week, the U.S. Embassy in Kyiv called on Russia to “observe ceasefire measures” and “end daily violence that is causing senseless suffering,” and end its aggression in Ukraine.

Deeply saddened by the deaths of four Ukrainian soldiers today due to shelling near Shumy, Donetsk. Russia must observe ceasefire measures, end daily violence that is causing senseless suffering, engage constructively in peace negotiations, and end its aggression in Ukraine.