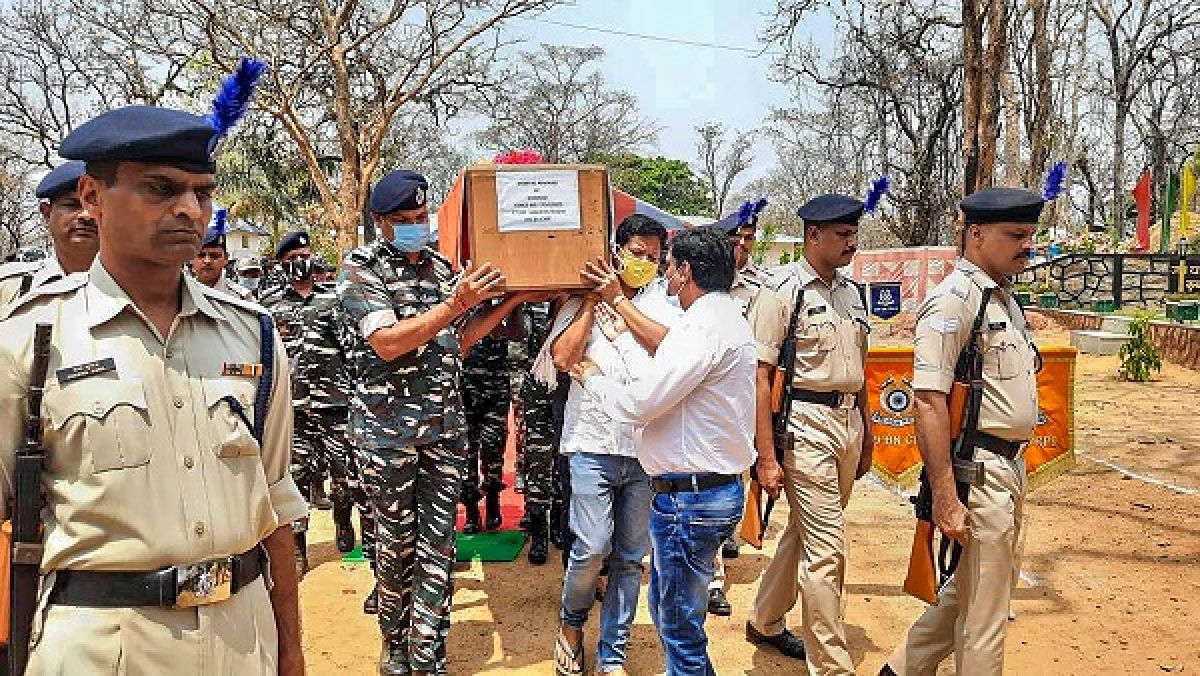 New Delhi, Apr 05: CRPF Chief Kuldiep Singh has said that there was no intelligence or operational failure in the operation in Chhattisgarh that claimed 22 security personnel’s lives. Singh added that around 25-30 Maoists were also killed though the exact number is yet to be ascertained.

“Three tractors were used by Maoists to carry the injured and the dead bodies from the site. It is tough to say right now the exact number of Maoists killed in the operation but it should not be less than 25-30,” he added.

As many as 22 security personnel were martyred and 30 others were injured in the Naxal attack at Sukma-Bijapur in Chhattisgarh on Saturday. Meanwhile, official said that a group of an estimated 400 Maoists had ambushed security personnel who were part of a large contingent deployed for a special operation.

They said the contingent of about 1,500 troops drawn from CRPF’S specialised jungle warfare unit CoBRA, some teams from its regular battalions, a unit of its Bastariya battalion, the Chhattisgarh Police affiliated District Reserve Guard (DRG) and others had launched a search and destroy operation along the border of Bijapur-Sukma district after they got inputs of some Maoists presence in the area.

The total approved strength of security forces personnel for the operation was 790 and the rest were taken as auxiliary and support elements for the long haul operation, the sources said.

Out of the total 22 fatalities, the CRPF has lost eight men out of which seven are CoBRA commandos while one personnel is from the Bastariya battalion. A CRPF Inspector is still missing.

About two dozen sophisticated assault weapons of the killed personnel are also stated to have been looted by the Naxals even as security officials said the search of the area is still on and details are being collected from the ground.