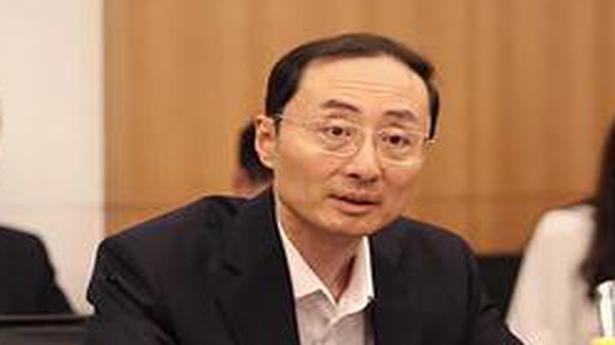 Lesson of last year’s border incident profound and such incident should not be repeated: Sun Weidong

“Maintenance of peace and tranquillity need our joint efforts,” Mr. Sun said. “The border disputes can only be resolved through dialogue and negotiations… In case of an incident, a timely communication through military and diplomatic channels should be undertaken to avoid any action that may complicate or escalate the situation. We should strengthen confidence-building measures to jointly maintain peace and tranquillity in the border areas. The lesson of last year’s border incident is profound and such incident should not be repeated.”

He made the comments in a “virtual dialogue” with columnist Sudheendra Kulkarni, the transcript of which was released on Sunday by China’s Embassy in New Delhi.

On last year’s clash in the Galwan Valley which marked the worst violence on the border since 1967, Mr. Sun said: “Neither China nor India would like to see it happen. Both sides are willing to resolve issues and de-escalate tensions through dialogue and consultation.” The disengagement at Pangong Lake was “conducive to building mutual trust and further easing the situation on the ground”.

He said both sides had “the political will to resolve the boundary question” and “should actively push forward boundary talks and strive to reach a fair, reasonable and mutually acceptable solution”.

While the Chinese envoy called on both sides to view relations “in a comprehensive way rather than limited to one part” and said “the boundary question is not the whole story of China-India relations”, India has made clear that relations cannot continue as normal unless there is peace and tranquillity in border areas.

Last year’s crisis, India has said, was triggered by China’s mobilisation of a large number of troops in forward areas and multiple transgressions across the Line of Actual Control (LAC) that went against a number of border agreements that had helped keep the peace.

India last year placed curbs on Chinese investment and banned more than 200 Chinese apps, underlining that trade and investment could not proceed as normal in light of last year’s border crisis.

Mr. Sun said “complete decoupling” or “selective decoupling”, in his view, “will not be realistic and harm others without benefiting oneself”. “We hope that India will treat all as equals in its opening-up and refrain from imposing restrictions on specific countries or regions, over-stretching the concept of national security to exclude companies from specific countries,” he said.

Last year, two-way trade reached $87.6 billion, of which India’s exports to China were $20.8 billion, up 16%. “It shows that the Chinese market will always welcome marketable commodities,” he said. “China has been India’s largest trading partner for consecutive years and India is China’s largest trading partner in South Asia. This is the result of the market functions and enterprises’ choices,” Mr. Sun said.