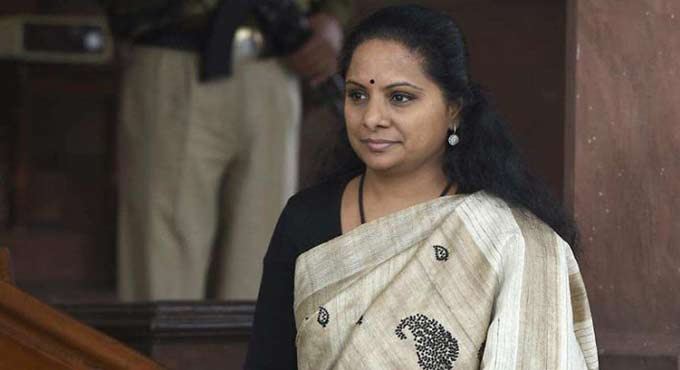 Hyderabad: Extending her greetings to the farming community in erstwhile Nizamabad district on the occasion of Kaleshwaram water being released from Kondapochamma project to Nizam Sagar project through Haldi Vagu, MLC K Kavitha said Chief Minister K Chandrashekhar Rao’s move will address drinking water issues in the area as well.

Through the Kaleshwaram project, the Chief Minister was ensuring that River Godavari transforms all the barren land into lush green fields. The move to release Kaleshwaram water to Nizam Sagar project through Haldi Vagu will aid in regaining the past glory of the project, she said.

With neighbouring Karnataka and Maharashtra governments constructing anacuts upstream of River Manjira, there was a steady decline in inflows into the river and eventually into Nizam Sagar project, she added. Such was the situation that even during monsoon, the project used to get low inflows affecting the farming community in erstwhile Nizamabad district, she said.

At this juncture, releasing Kaleshwaram water from Kondapochamma project will not only reinvigorate and stabilise the entire past ayacut in erstwhile Nizamabad district but will also address drinking water issues, she pointed out.

“Gratitude to Chief Minister K. Chandrashekhar Rao, who stood behind farmers adding growth to his farming and honor to his living,” tweeted Jagan Patimeedi while sharing the image of the land mural.