‘Chiri Paatu’ is an ode to friendship 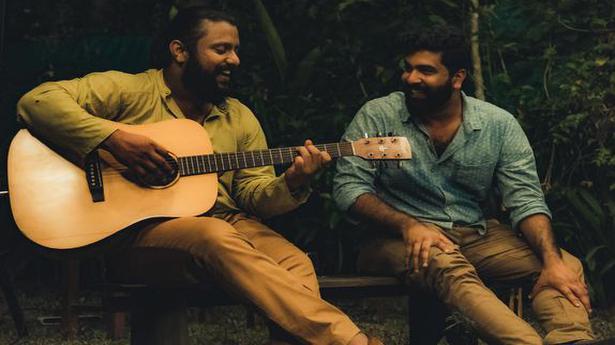 Composed by Varkey and directed by Goutham Soorya, the music video brings together a group of friends and capture their smiles

‘Chiri Paatu’ (song of smiles) is all about a song, a group of friends and a lot of smiles. The four-minute music video composed by Varkey (Arun Varghese) and directed by Goutham Soorya, captures an evening when a “group of friends gather around a camp fire and show their best smiles”.

Smiles and grins of all kinds: flirtatious, mirthless smile, sheepish, angry smile…they show it all. “I worked out the guitar parts and the song just happened. While searching for lyrics, we came across this folk song describing smiles. After a jamming session, I was sure that the song would let everyone snap out of their troubles and that’s why I called it ‘Chiri Pattu’,” explains Varkey.

Varkey, who has also been an arranger and programmer in numerous film and indie projects, adds that he sang the track in one go. “To get a rustic feel, I added the voice of Gopikrishnan S Kurup, a member of the direction team. This is my first track where I could blend EDM and pure regional folk,” he says.

For over four years, Goutham and Varkey have collaborated on indie projects, films, music videos, advertisements and documentaries. “I heard the song the day he (Varkey) made it and was instantly hooked on to it. Besides being catchy, it carried a lot of emotions. So I felt it is ideal for a music video,” says Goutham, who co-directed the critically-acclaimed film Sleeplessly Yours.

The video was shot in the backyard of Varkey’s home in Thiruvananthapuram, and the artistes featured are friends of the duo, who work in the entertainment and art circles. “We met each other through work over the last four years. Although most of us hail from Thiruvananthapuram, we are pretty much settled in Kochi. It was a coincidence that we all were at the same place when the song was ready. So I asked everyone to wear pretty clothes and gather at Varkey’s house the next evening. There was a campfire, food and we all had a good time. And Syam [cinematographer Syamaprakash MS] made a music video out of it,” says Goutham, adding that he did not want the music video to be a vlog. “It was all about smiles. So I called them aside one at a time and asked them to smile! They just went with the flow.”

Besides Gouri Krishna, Goutham’s sister, the others in the video are actors Punya Elizabeth (Gouthamante Radham), Devaki Rajendran (Sleeplessly Yours) and Vaisakh Sankar (Virus), actor-singer Anoop Mohandas, choreographer Deepak Murali, and designers-cum-artists Caroline Joseph and Sharada S Nair. “They all are busy in their respective professions and we rarely get to meet each other. I am glad that we could get them to be in the video. This will serve as a reminder to all the great times we have had and all the laughs we have shared,” Goutham adds.

Varkey says that he is happy that ‘Chiri Paatu’ happened at a time when the world is in despair due to the pandemic. “It is not an answer to all problems. But I hope ‘Chiri Paatu’connects with everyone who listens to it and makes them smile,” he says.

The video has been released by Karikku Tuned, a vertical of Karikku, the digital platform. ‘Thoraathe’, another music project of Varkey and Goutham was released on the same platform last month.