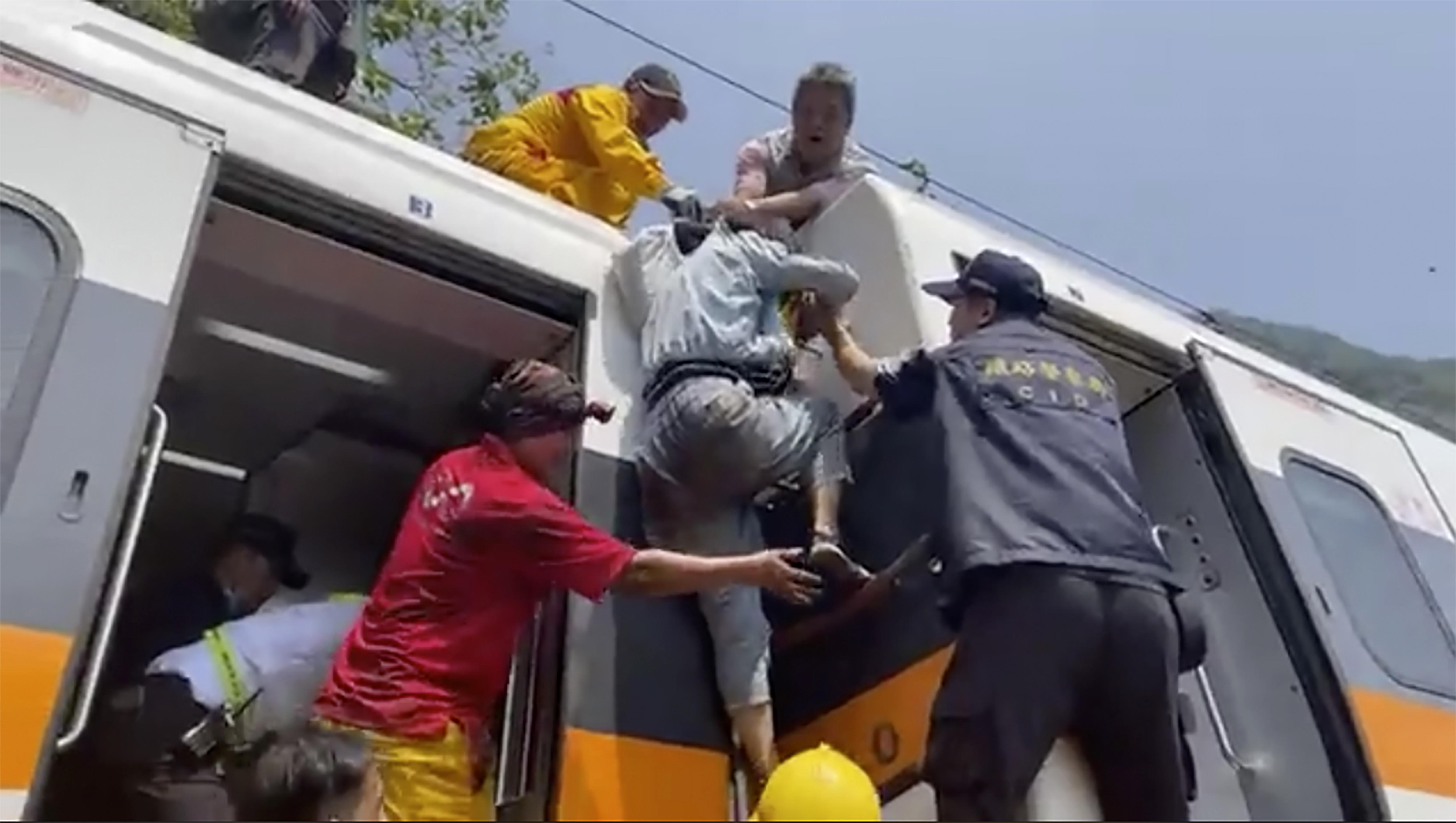 TAIPEI, Taiwan (AP) — A vehicle rolled down a hill and smashed into a passing train, partially derailing it outside a rail tunnel in Taiwan and killing at least 36 people and injuring dozens. Survivors climbed out windows and onto roofs to reach safety in Taiwan’s deadliest railway disaster.

Most other people on the train have been rescued though emergency personnel were searching wrecked cars for “several people” who may be stuck in awkward places, railways news officer Weng Hui-ping said. He said the 36 confirmed dead was Taiwan’s deadliest railway disaster.

Weng said a construction site truck operated by the railway administration slid onto the track from a work site on the hillside above. The truck was off duty at the time. He said the speed of the train was uncertain when the vehicle crashed into it at 9:28 a.m. near the Toroko Gorge scenic area.

The train had only partially emerged from the tunnel, and with much of it still inside, escaping passengers were forced to scale doors, windows and roofs to reach safety.

Television footage and photos posted from the scene on the website of the official Central News Agency showed people climbing out the open door of a railcar just outside the entrance to the tunnel. The inside of one car was pushed all the way into the adjacent seat.

In a tweet, Taiwanese President Tsai Ing-wen said emergency services “have been fully mobilized to rescue & assist the passengers & railway staff affected. We will continue to do everything we can to ensure their safety in the wake of this heartbreaking incident.”