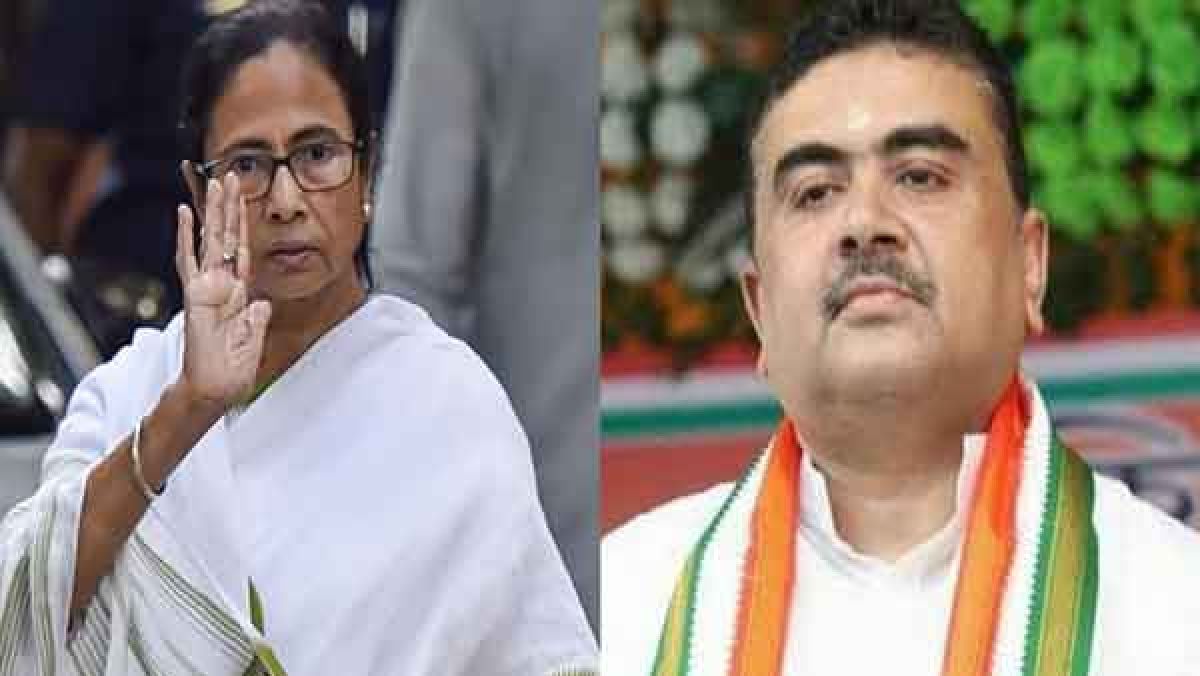 Kolkata, Mar 31: Voting for the second phase of Assembly elections in West Bengal and Assam will take place on Thursday. A total of 69 seats spread across both the states will be at stake.

All eyes are set on the high profile Nandigram constituency where Chief Minister Mamata Banerjee is pitted against her protg turned adversary Suvendu Adhikari.

All 10,620 booths where polling will be held this phase have been declared as sensitive by the Election Commission, which has deployed around 651 companies of central forces to provide security, officials said.

Besides, the state police will also be deployed at strategic locations during the polling which will begin at 7 am, they said.

A total 199 companies of Central Armed Police Force will be deployed in Purba Medinipur, 210 companies in Paschim Medinipur, 170 in South 24 Parganas and 72 in Bankura, the sources said.

TMC and BJP are contesting in all the 30 seats, while CPI(M) is in the fray in 15 and its alliance partners of Sanjukta Morcha the Congress and ISF are competing in 13 and two seats respectively.

The agrarian constituency which shook the foundations of the mighty Left regime over the anti-land acquisition movement in 2007, has now turned into a battleground of titans with Banerjee suddenly deciding to switch from her Bhowanipur seat to the constituency held by Adhikari, her former lieutenant who has switched loyalty to the BJP.

For Adhikari it is a battle for political survival as a defeat would be a devastating blow and might also put a question mark on his political graph in his new party the BJP. Similarly, a victory would not only establish him as one of the tallest leaders in Bengal but would also push him few miles ahead of others in the Chief Ministerial race in case the BJP is voted to power.

For Banerjee, who is running for the third successive term as chief minister, a victory is a must to lead the government and keep together her party, which is faced with exodus.

For the Congress-Left-ISF alliance candidate Minakshi Mukherjee of CPI-M, the challenge is to regain her party’s lost ground.

While Banerjee had been camping in Nandigram for the last four days, BJP fielded its ‘big guns’, including Home Minister Amit Shah, Uttar Pradesh Chief Minister Yogi Adityanath and superstar Mithun Chakraborty to defend Adhikari’s turf, which he had won in 2016 and take on Didi’ (as Mamata is popularly called).

Apart from identity politics and Bengali sub- nationalism, the demand for jobs, inclusion of Hindu backward communities in the OBC category and setting up of agro-based industry have emerged as main poll planks in the second phase of polls.

l Of the 30 seats which will see voting on Thursday, 23 were won by TMC in the 2016 assembly elections, five by Left Front and Congress and BJP one each.

The political equation in the state had changed in 2019 when BJP made massive inroads in the tribal-dominated Janga Mahal region and Medinipur belt by sweeping all the five Lok Sabha seats. The TMC, however, has been able to maintain its dominance in South 24 Parganas district, where there is sizeable minority population.

A prominent seat going to the poll in the second phase is Sabang, where TMC has fielded its Rajya Sabha MP Manas Bhunia. He is up against TMC turncoat and BJP leader Amulya Maity.

Bhunia, a former state Congress president, had held the seat from 1982 to 016 as Congress nominee before switching over to the TMC in September 2016.

In Debra seat, two former IPS officers will cross swords. One is BJP candidate Bharati Ghosh who is contesting against TMC’s Humayun Kabir. Both had resigned from their senior police posts to join active politics.

Banerjee, who is in a wheelchair since her accident early this moth, crisscrossed the majority of the constituencies going to the polls in the second phase. TMC MP Abhishek Banerjee toured the rest asserting that TMC will not let Bengal to be ruled from Delhi or Gujarat in an apparent reference to the battery of central BJP leaders and ministers camping in the state.

In Assam, the ruling BJP is contesting in 34 seats while its allies, the AGP and UPPL, are contesting in six and three seats, respectively. The saffron party will have a friendly contest with AGP and UPPL in two seats each.