‘Apples and Oranges’, awarded the National Award for the Best Educational Film, teaches acceptance despite diversity 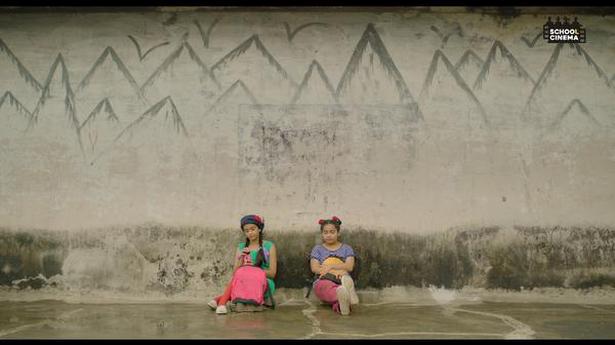 The name of the film — Apples and Oranges — which won the National Award for the Best Educational Film (2019) sums up what it is about. It is a simple story for children about being different, accepting and dealing with diversity. Despite the simplicity, it would resonate with grown ups too.

When she wrote the story of Apples and Oranges, director of the film, Rukshana Tabassum mined her experience of what she describes as “the extreme polarisation in the country, and the emotional turmoil of not knowing what to believe and what not to. I was reacting to everything on social media.” Following her post along these lines on Facebook, LXL Ideas, which makes children’s films, contacted her.

“They asked if I could make a film for children on overcoming differences. I wasn’t sure if I could, I didn’t know how to.” She agreed, choosing satire since the audience was children. The writing demanded research, her search for truth and understanding duality which she had to convey. “It became a tool for me to find answers.”

In the film, Daisy Apple and Tulip Orange become friends unaware that they are different : apples and oranges, people who ‘hate’ each other. They stop being friends when they realise their ‘differences’ only to understand that they are after all, not that different, and they can be friends despite it. Apple-eating Daisy gifts oranges to orange-loving Tulip for her birthday. Tulip’s family arranges ‘apple foods’ for Daisy.

“Discrimination based on food bothered me, the politics of food, people being judged for what they eat and lynched because of it. What one eats is not one’s identity, it is a choice. So I made it a central part of the narrative. The world had stopped making sense, I had to go into a fictional space to understand it.” The 25-minute film is the result of several drafts.

A festival organiser from the United States, where the film was screened, told her about how it fit in the context of Mexican immigrants, “It fits into every kind of discrimination : food, religion, gender…” says the Mumbai-based director, who is also an actor and a trained classical (Bharatanatyam) dancer.

The world of cinema

This is not the first National Award for the Film and Television Institute of India (Pune) alumnus. Her film The Cake Story, produced by the Children’s Film Society of India (CFSI) won a Special Mention in the short fiction, non-feature category (2018). Rukshana likes to make films on subjects that are close to her heart. Her films have been part of major international festivals .

Dammy and Begum, two of her short films are due for release. The Social Solution, produced by entrepreneur Anand Mahindra, is another project close to her heart.

“This full-length documentary is about five young IT professionals who have created a home-grown social media platform…they bootstrapped and didn’t take placements, instead opting to do this.”