In Hyderabad’s Shrishti Art Gallery, a touch of humour and satire 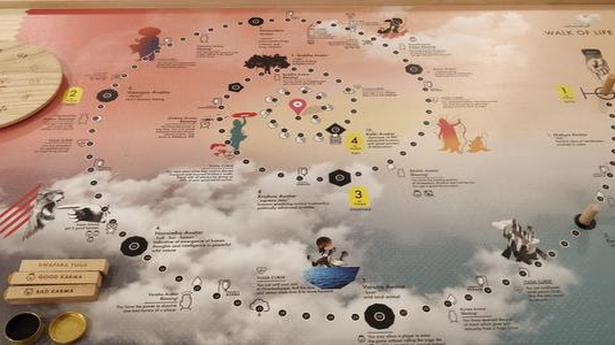 ‘Licence to Laugh’ is an exhibition where art gets interactive through board games, puzzles and paintings with comic book elements

Art need not always be pensive. Humour and satire can also be effective tools to make viewers engage with a piece of art. Hyderabad’s Shrishti Art Gallery’s annual show ‘Licence to Laugh’ features works of Chitra Ganesh, Smruthi Gargi Eswar, Thukral and Tagra, Gurjeet Singh and others. There are paintings, sculptures and works of art that double up as board games and puzzles.

For instance, Thukral and Tagra’s ‘Walk of Life’ is a board game inspired by the traditional Indian card game ganjifa, which was played with 120 cards. ‘Walk of Life’ is a game journey through the 10 avatars of Vishnu, the Dashavatars, and players are challenged to equalise their debts and deeds of bad karma with that of good karma. A handbook details instructions for the game, and a face of each die is named Good Karma or Bad Karma.

Verbal Kabaddi, also by Thukral and Tagra, is a collection of tongue twisters commenting on happenings around us. Players in this game have to read aloud the tongue twisters in a single breath and collect ‘stamps of sincerity’ as reward points.

Adjacent to the puzzle are Tushar Waghela’s cheerful, bright frames with the cartoon character Bugs Bunny and smiley faces, that lend a childlike, joyous touch to an otherwise crumbling world. One of the paintings asserts “Don’t grow up, it’s a trap”.

Curator Lina Vincent, who worked in tandem with Shrishti’s Lakshmi Nambiar for the show, is hopeful that the interactive exhibition will make viewers pause and reflect even as they chuckle a bit. With the long-drawn pandemic creating a sombre mood everywhere, the idea was to moot a show with comic book elements, to explore art through multiple layers of humour and satire. “Humour is complex and subjective. We went back and forth, discussing the concept with the artists to see how they would respond,” says Lina.

The results were varied, with a mix of new and previously existing art works being chosen for display.

Princess Pea’s series has a dadi doll as a standalone sculpture and in paintings, taking centrestage at the farmers’ protest. This is a place where traditional gender roles get reversed. The grandmother is on the stage addressing gatherings, while the men cook and feed. 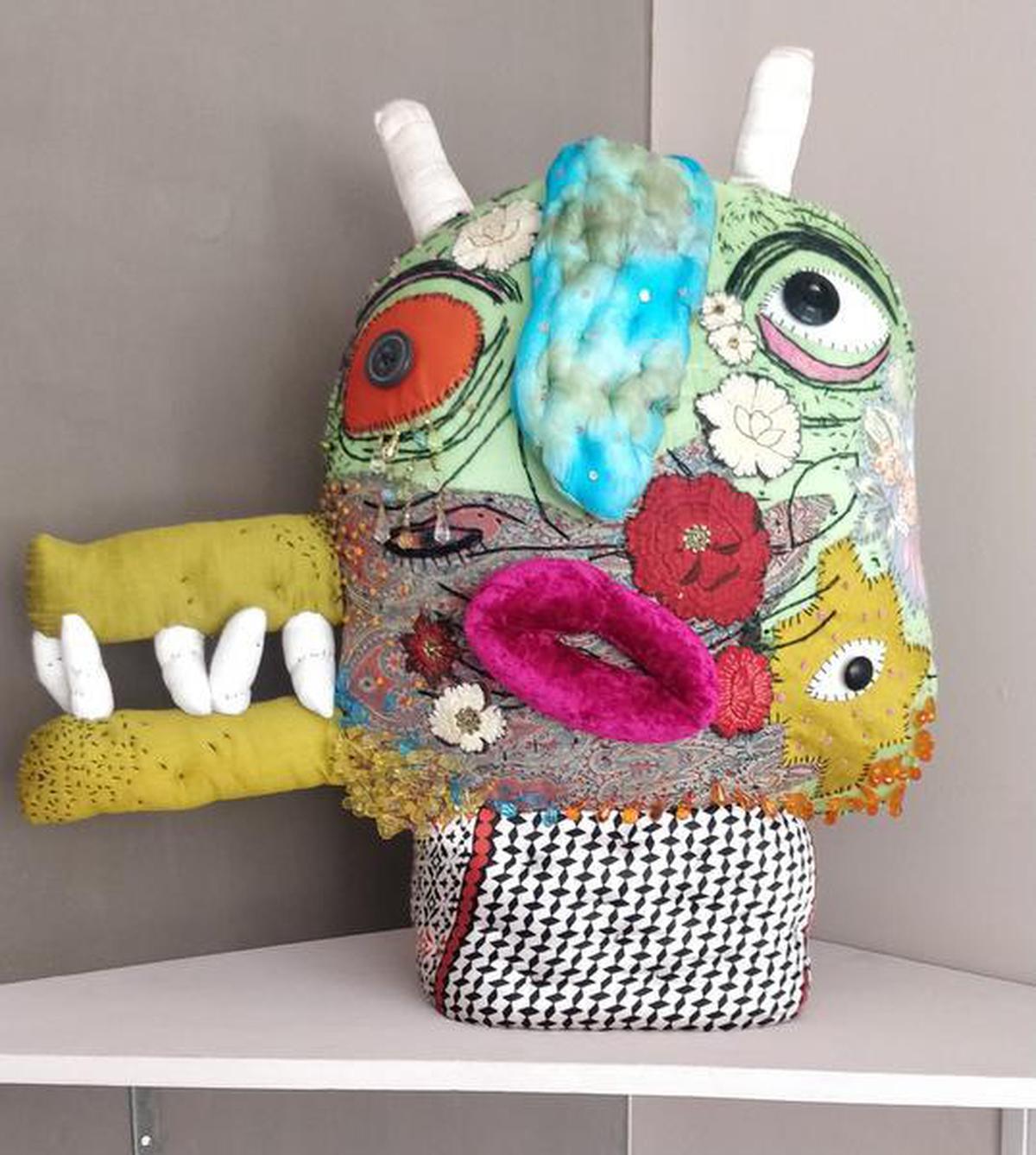 Gurjeet Singh uses an amalgamation of fabric and embroidery techniques to explore feminity. In Chitra Ganesh’s paintings, past, present and future come together with a mix of mythology and astronomy.

And Farhad Hussain transforms slice-of-life moments into animated figures, for instance, caught in the midst of laughter, compelling viewers to wonder what would have happened prior or after an incident.