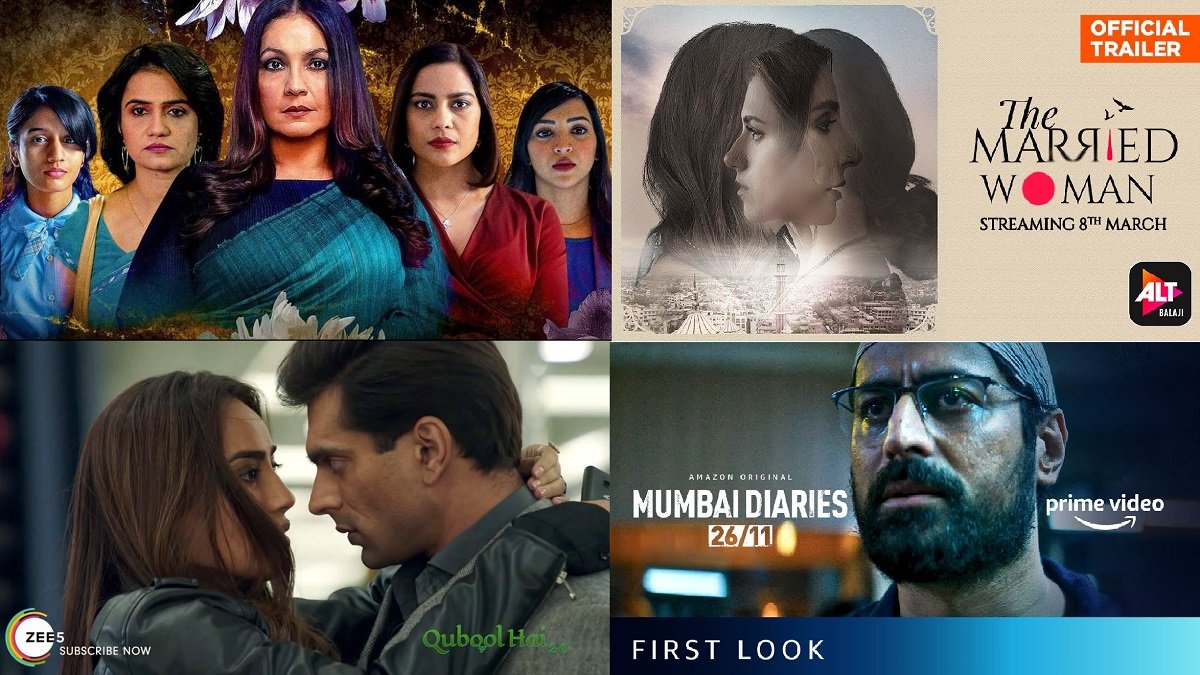 Radhika Apte and Vijay Varma star in Disney+ Hotstar’s OK Computer in an upcoming light drama. It’s a whacky comedy that is set in the future and features robots and self-driving cars.

This upcoming web series tells the story of a married couple who are moving into a new home and find themselves haunted by a spirit. Now, how they will hold their relationship and save their lives from that spirit that we have to wait to watch.

The series will revolve around five women from Mumbai, who are connected by “desire, goal, vulnerability, and struggle for power”. The upcoming Hindi web series traces the journey of women fighting obstacles in their relationships and careers, while thought-provoking societal norms.

Zack Snyder’s Justice League (now turned into a mini-series), often referred to as the “Snyder Cut”, is the upcoming director’s cut of the 2017 American superhero film Justice League. The movie will be released as a 6-part mini web series. It presents Justice League—the fifth film of the DC Extended Universe (DCEU) and based on the DC Comics superhero team of the same name—as director Zack Snyder had intended it before he left the film’s production.

This upcoming web series is based on the bestselling eponymous novel which is written by Manju Kapur. Its Story revolves around two women who are on a journey of self-exploration where they search to find themselves, compassion, and more.

The first look of the upcoming Hindi web series, Mumbai Diaries 26/11 was dropped on the 12th anniversary of the 26/11 terror attacks by Amazon Prime Video. The series will be paying a tribute to the frontline personnel who contributed towards working persistently to save the lives of people when the city was held hostage by Pakistan-backed terrorists.

The series, which will comprise 10-episodes, is a romantic drama and will revolve around the lead couple played by Surbhi Jyoti & Karan Singh Grover. A tale of love, it aims to challenge stereotypes. Produced by Mrinal Abhigyan Jha under the banner MAJ Productions, it will be directed by Ankush Mohla and Glen Barretto. It will also star Arif Zakaria and Mandira Bedi.