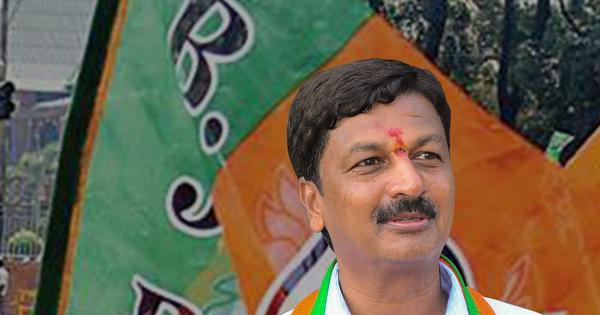 The woman who had levelled sexual harassment allegations against former Karnataka minister Ramesh Jarkiholi on Friday submitted a police complaint through her lawyer, reported The Hindu. The complaint, calling for action against the politician, was submitted to Police Commissioner Kamal Pant.

Jarkiholi, a Bharatiya Janata Party leader, had resigned as Karnataka’s water resources minister on March 3 after television channels aired images and played a video of a “sex CD” purportedly featuring him and the unidentified woman. He allegedly harassed the woman in return for a government job.

“I am facing threat to my life and my family hence I request you to take necessary action,” the woman said in her complaint. She also accused Jarkiholi of sexual assault, cheating and threats after promising her a government job. The former state minister had also forced her to share private pictures and talk to him, the complainant alleged. She said that Jarkiholi made the video to defame her in case she filed a complaint.

After the complaint was handed to the police commissioner, her lawyer KN Jagadish Kumar was asked to file a complaint at the Cubbon Park police station, according to The Hindu. Kumar said he got in touch with the complainant through Facebook and assured her legal assistance. The lawyer also sought legal protection for the woman and her family.

“…We are legally assisting her…she has sent a written complaint and we have handed it over to the police commissioner…she has been sexually exploited,” the lawyer said, according to NDTV.

Meanwhile, in her third video statement that was released on Friday, the complainant said that Jarkiholi had filed a complaint against her as she was getting support from all quarters. “I have the blessing of the people of Karnataka, leaders of political parties and organisations are supporting me. For the last 24 days I was living with the fear of threat to my life. Today I have got some kind of courage,” the woman said in the video, reported PTI.

Jarkiholi has denied the allegations levelled against him and claimed on March 9 that a top Karnataka leader had falsely implicated him in the sex scandal, which cost him his political career and reputation.

The BJP leader had also suggested that the woman in the video had close ties with the alleged conspirators, claiming that she “has been given an apartment abroad”. After he filed a complaint in the matter, a Special Investigation Team of Bengaluru Police was formed to investigate it.

On March 16, the woman’s father had filed a police complaint after he was unable to contact his daughter since March 2, the day the alleged tape was aired by local news channels. He had claimed that his daughter was abducted from her PG accommodation in Bengaluru and was being held captive at a secret location.