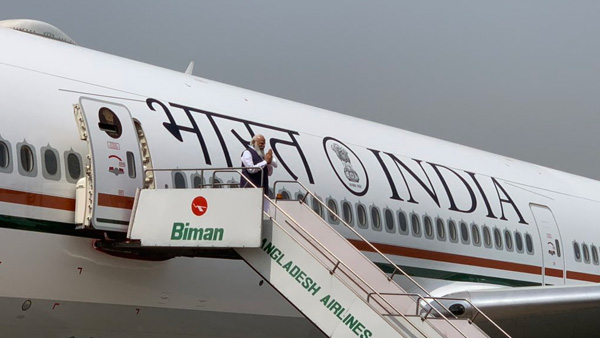 Addressing Bangladesh’s 50th Independence Day anniversary at the National Parade Square, PM Modi said, “It is a happy coincidence that the 50th anniversary of Bangladesh’s liberation and the milestone of the 75th year of India’s independence have arrived together.

“For both of our countries, in the 21st Century, our journey over the next 25 years, will be very important. We have a common heritage, we have common development also. We have common goals, and we have common challenges too,” he said.

PM Modi said the 50 Bangaldeshi entrepreneurs could learn from their Indian counterparts and Indian businessmen could also learn from their Bangladeshi counterparts. PM Modi, who arrived in Dhaka this morning on a two-day visit, said both the countries have the power of democracy and a clear vision for moving forward.

“Come to India, meet venture capitalists, connect with our start-up and innovation ecosystem. We will also learn from them, they will also get an opportunity to learn,” he said.

“Along with this, I am also announcing Subarno Jayanti scholarships for the youth of Bangladesh,” he said. PM Modi said the two nations share similar possibilities in the area of trade and development. “I am pleased that under Prime Minister Sheikh Hasina’s able leadership, Bangladesh is showing its dynamism to the world,” PM Modi said.