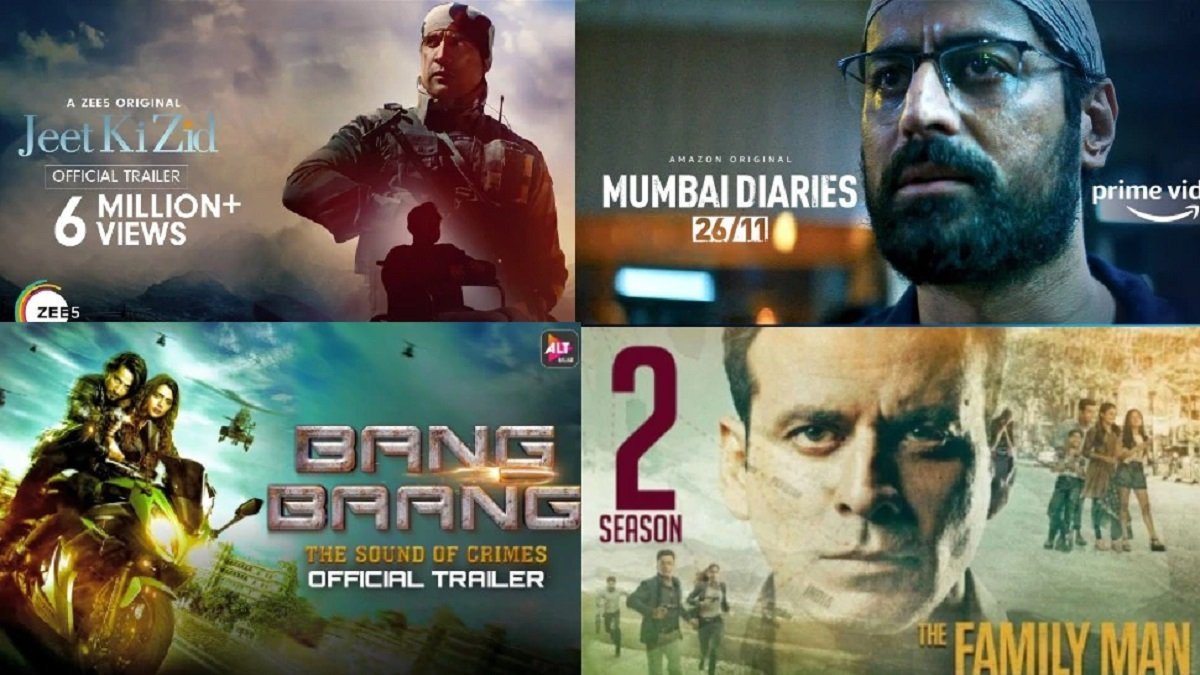 Upcoming Web Series of 2021: Upcoming Web series that are scheduled to release in 2021 are listed here. Here is a list of the upcoming web series to be released this year. There are new Web series aimed at viewers’ entertainment. Here, we are presenting a list of upcoming Web series releasing in December on Amazon Prime, Netflix, Hotstar, ZEE5, and MX Player among other OTT platforms.

Let’s advance further for some upcoming Web series you should not miss to check out in 2021. Given below is our list of web series that are scheduled to be released in 2021.

An MX Player original, Hey Prabhu! is an Indian comedy-drama show revolving around the life of a common man named Tarun Prabhu. The show primarily focuses on the lives of the millennials and what they go through every day. The story of the show centralizes around Tarun and his unbelievable journey. Through his life, the show depicts the problems faced by millennials today in their professional as well as personal lives. Will Tarun be able to deal with it in order to come out on top? Or will he succumb to the rising pressure?

‘The Wife’ is an upcoming Indian Hindi language web series on the ZEE5 streaming service.  It is a horror series. The story is about a married couple who are moving into a new home and find themselves haunted by a spirit. Now, how they will hold their relationship and save their lives from that spirit that we have to wait to watch.

Release Date- To be Announced

Mismatched is a 2020 Indian Hindi-language coming-of-age romantic drama web series on Netflix, based on Sandhya Menon’s 2017 novel When Dimple Met Rishi. Dimple Ahuja (Prajakta Koli) wants to be a tech wizard and Rishi Singh Shekhawat (Rohit Saraf) is a young guy who believes in the traditional way of dating: meeting in person, being drunk on love, and has come to Aravalli Institute to find his ‘Future Wife’. Dimple is driven and Rishi’s bewitched, and wants to tie the knot with her.

Release Date– To be declared

Code M is an Indian Hindi drama web series created and produced by Juggernaut Productions for ALT Balaji and ZEE5.

Army lawyer, Monica Mehra, gets roped in to solve, what seems like an open and shut case, of the death of an army officer and two militant suspects, killed in an encounter. However, as the facts unfold, she realizes that the case is way more complex than it appears to be. Will she be able to crack the code?

The series will revolve around five women from Mumbai, who are connected by “desire, goal, vulnerability, and struggle for power”. The upcoming Hindi web series traces the journey of women fighting obstacles in their relationships and careers, while thought-provoking societal norms. This web series will be launched on the Netflix streaming platform.

Release Date- To be announced

Naxalbari is a first-of-its-kind ZEE5 original crime-thriller web series that explores Naxalism and its impact on the people fighting. The ZEE5 web series revolves around an STF agent who is on a secret mission to uncover the truth about the growing Naxalite, communist insurgency in the area.

Zack Snyder’s Justice League, often referred to as the “Snyder Cut”, is the upcoming director’s cut of the 2017 American superhero film Justice League. It presents Justice League—the fifth film of the DC Extended Universe (DCEU) and based on the DC Comics superhero team of the same name—as director Zack Snyder had intended it before he left the film’s production.

The first look of the upcoming Hindi web series, Mumbai Diaries 26/11 was dropped on the 12th anniversary of the 26/11 terror attacks by Amazon Prime Video. The series will be paying a tribute to the frontline personnel who contributed towards working persistently to save the lives of people when the city was held hostage by Pakistan-backed terrorists. This upcoming web series will be launched on the Amazon Prime streaming service.

The upcoming military drama web-television series will be hitting the screens very soon with Abhay Deol playing the lead. The upcoming Indian web series is based and inspired by the 1962 India-China war.  The series will showcase how 125 Indian soldiers fought more than 3000 Chinese soldiers at Galwan Valley and Rezang La in 1962. The series will be released on the Disney+Hotstar streaming platform.

Dev DD 2 is a ZEE5 Original romantic drama series. The story revolves around Devika who rebels against the hypocritical norms of society. The Season 2 trailer also sheds light on LGBTQ+ relationships and has a whole segment dedicated to their representation within the trailer. The character Devika returns with her pompous lifestyle only to be at loggerheads with certain decisions she has to choose between.

After a successful Season 1 of ‘The Test Case’ starring Nimrat Kaur as Captain Shikha Sharma, for the second season, Harleen Sethi is all set to be in action by portraying a strong and resilient character. The storyline of season 2 revolves around a female army officer who is in a relentless search for a mysterious man in her bid to find redemption. This upcoming web series will be released on Zee5.

Release Date– To be announced

After a beautiful journey of the first and second season of ‘Broken but Beautiful’ with Vikrant Massey as Veer and Harleen Sethi as Sameera in the lead. Now the third season with a storyline that revolves around love and heartbreaks will be airing soon featuring the new couple, Agastya and Rumi. The upcoming web series is set to air on the ALTBalaji OTT platform.

Release Date- To be announced

The second season will put Srikant Tiwari (played by Manoj Bajpayee) against a new, powerful and avenging adversary, and come with lots of exciting, gripping, and action-filled moments while exploring relatable themes of home, belonging, and estrangement. It will show Delhi’s fate as it hangs loosely because of an imminent chemical attack. The upcoming web series is set to be released on Amazon Prime.

Radhika Apte and Vijay Varma star in Disney+ Hotstar’s OK Computer in an upcoming light drama. Its a whacky comedy that is set in the future and features robots and self-driving cars.

Karan Khanna is a recovering alcoholic who, along with his counselor Tripurasundari Nagarajan, takes a detoxification trip to Mahabaleshwar. The story takes a turn when he attends his estranged daughter’s wedding with Tripurasundari Nagarajan and discovers why opposites truly attract. Will their romance blossom? Or will it be just another page in their contrasting lives?

Release Date– To Be Declared

Bekaaboo is back with a brand new steaming-hot season. This time around, Bekaaboo Season 2 is a story of a bestselling author, Anaysha who has recently gained popularity for her book. As her literary piece rises to fame, her attitude towards life and some of her personal relationships start changing.

The show, Bekaaboo Season 2 web series is a twisted tale of fame, hate, revenge, and murder. So, what happens to Anaysha? Does she kill someone? Who is the closest person in her life?

Release Date: To Be Declared

Will the cop who does 83 encounters to clean up Mumbai underworld form an uneasy alliance with the don or will they eventually lapse into cut-throat rivalry? Will they end up killing each other? To find out, watch Mum Bhai on ALT Balaji.

After the success of popular shows like Gandi Batt, Dev D, and many more, the brand is back with another show named Hello Jee. It is one of the most awaited web series in February that is releasing on Alt Balaji and Zee5. It is one of the comedies, drama, and one movie that revolves around phone talks and fun.