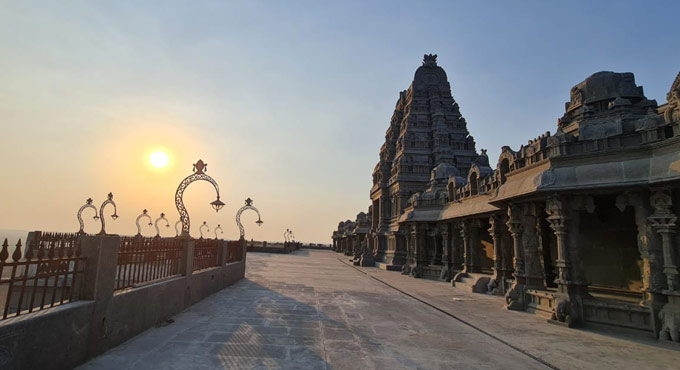 “The State government is according priority to devotees’ amenities apart from renovating the temple on all fronts,” govt whip Gongidi Sunitha Mahendar Reddy said in the State Assembly

“The State government is according priority to devotees’ amenities apart from renovating the temple on all fronts,” she said in the State Assembly while discussing on temples and other issues related to Endowments Department.

A free food distribution centre is coming up in 143 acres apart from a temple tank (pushkarini) for public to take holy dip and separate ‘kalyanakattas’ where devotees offer hair to God, she said.

A donor has already given Rs 10 crore cheque to continue free distribution of food without an interruption after reopening of the temple, she said, adding that 43 donors have already come forward to help in construction of pilgrims cottages at an estimated cost of over Rs 200 crore.
She said that ‘teppostavam’, a float festival, was usually celebrated at major temples in Andhra Pradesh during festivals. A similar festival will also be celebrated at ‘Ganddicheruvu’ in Yadadri after filling it with Godavari water.