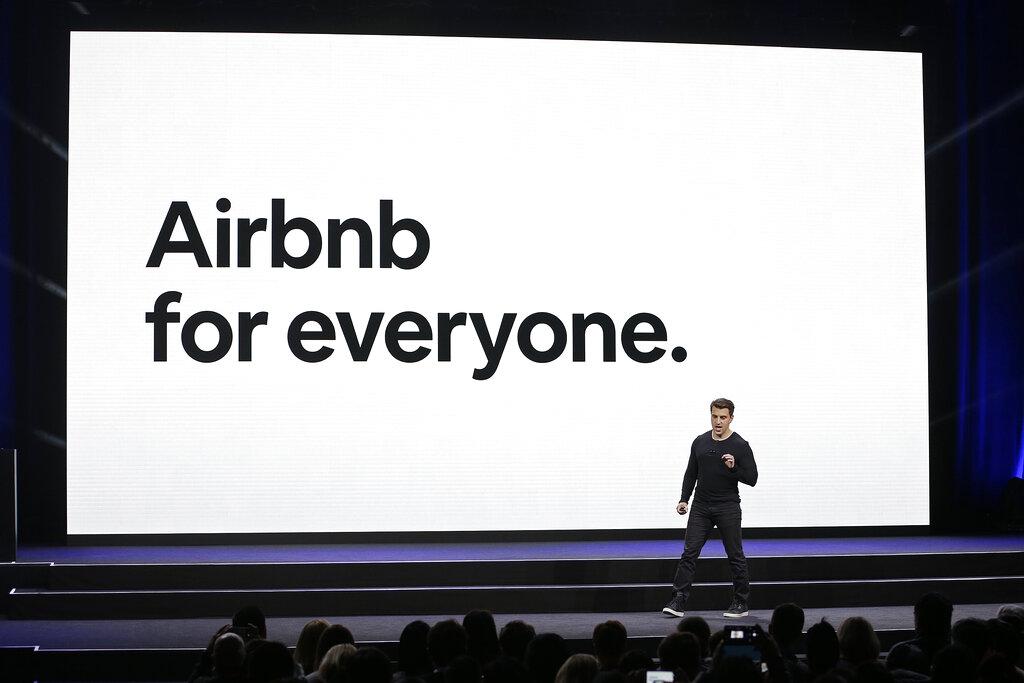 Airbnb Inc. is being asked to drop its sponsorship connections to next year’s Beijing Winter Olympics by a coalition of 150 human-rights campaigners.

The coalition is headed by groups that oppose rights violations in China, including the detention of Muslim Uyghurs in the Xinjiang region.

Uyghurs are an ethnic minority in China. Most practice Islam. In recent years, China’s communist regime has turned up the heat in its war against people of faith – specifically targeting Christians and Muslims.

Rights groups have focused on Airbnb, the online home-sharing business, because of repeated claims about the “social responsibility” it practices in its business model.

The Associated Press received the open letter sent on Tuesday to Airbnb CEO Brian Chesky. The letter argues that Airbnb is trying to drive tourism in China at the expense of Uyghurs and Tibetans who cannot travel freely in the country.

“Airbnb is also glossing over China’s horrifying human rights record and normalizing to the public what is recognized under international law as a deeply restrictive environment,” the letter said. “Airbnb should not be encouraging a wider tourist industry to be supported and allowed to flourish at the expense of Uyghur and Tibetan rights.”

Airbnb is one of the International Olympic Committee’s leading 15 sponsors. Included in the group are companies like Coca-Cola, Samsung, Visa, Toyota, Alibaba, Panasonic, Intel, and Procter and Gamble.  Each of the sponsors paid the IOC about $1 billion in cash or services in the last complete, four-year Olympic cycle, to be associated with the games. Airbnb signed up in November of 2019.

Rights groups are trying to pressure IOC sponsors and are pushing for a diplomatic boycott of the games — or even a hard boycott — to call attention to abuses against Uyghurs, Tibetans, and residents of Hong Kong.

China says “political motives” underlie the boycott effort. The Chinese describe the detention camps in Xinjiang as vocational centers, rather than concentration camps or “re-education camps” as they’ve been dubbed by critics of the brutal communist regime.

“China firmly rejects the politicization of sports and opposes using human rights issues to interfere in other countries internal affairs,” foreign ministry spokesman Zhao Lijian said earlier this month. He said an effort at a boycott “is doomed to failure.”

Chinese Government’s Campaign of Genocide Against the Uyghurs

As CBN News has previously reported, activists and religious rights experts say China’s communist regime has been violating the rights of the Uyghurs, enslaving, killing, and abusing them, forcing them into “re-education” camps on a massive scale.

Last month, the East Turkistan National Awakening Movement called on President Biden to act upon the Trump administration’s “genocide” designation against China by introducing that declaration at the UN Security Council and prosecuting China’s diplomats in the U.S.

At one point, Secretary of State Antony Blinken publicly expressed his agreement with the Trump administration’s determination that China’s treatment of its Uyghur and Turkic peoples was genocide.

The violence and deprivations against the Uyghurs have continued over the years, reaching a climax in 2014. The BBC reports that human rights groups say the communist regime’s policy comes from China’s President Xi Jinping.  After a terror attack in 2014, Xi visited Xinjiang.  According to documents leaked to the New York Times, he directed local officials to respond with “absolutely no mercy.”

Since the spring of 2017, China has been transferring Uyghurs living in China’s Xinjiang province into so-called re-education camps that international observers call modern-day concentration camps.

The U.S. Department of Defense says as many as 3 million Uyghurs are being forcibly detained in these camps.

Appearing on the CBN News Channel series The Global Lane in February, Prime Minister of East Turkistan’s government-in-exile Salih Hudayar said China is using the camps as a place to brainwash Uyghurs and harvest their organs for profit. And he said detainees are being used as slave labor.

“Millions are still, you know, working in slave labor factories producing products, you know, for companies like Apple, Nike, Costco, and dozens of others,” insisted Hudayar.

And Uyghurs are reportedly being used to manufacture solar panels for export to the U.S. and elsewhere.

Meanwhile, rights groups have met with the IOC and have been told the Olympic body must stay politically “neutral.” They have been told by the IOC that China has given “assurances” about human rights conditions.