India abstaining from voting in UN meet on Sri Lanka is ‘betrayal’: DMK 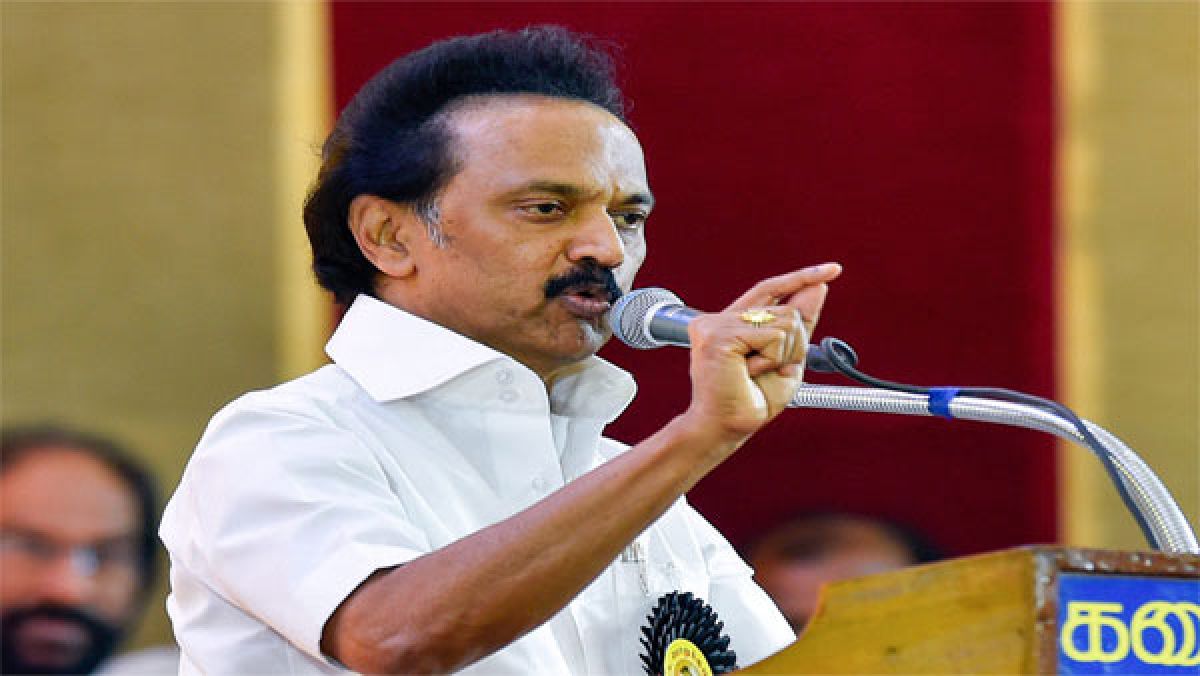 Chennai, Mar 23: The main opposition DMK and its allies, including the MDMK, in Tamil Nadu on Tuesday condemned the Centre over India abstaining from voting on a UN Human Rights Council resolution against Sri Lanka and termed it “an unpardonable betrayal” of the Eelam Tamils.

Abstaining from voting only reflected support for Sri Lanka and it was against the Eelam Tamils by the BJP-led Central government, DMK chief M K Stalin alleged. ‘Eelam’ denotes homeland and ‘Eelam’ Tamils is a term used by political parties and others in Tamil Nadu to refer to the Tamils in neighbouring Sri Lanka.

“Today, the Indian representative, without taking part in voting, has walked out. This is an unpardonable, huge betrayal of Eelam Tamils by the Indian government,” Stalin claimed. The UN Human Rights Council adopted a resolution against Sri Lanka’s rights record, which gives the UN body a mandate to collect evidence of crimes committed during the country’s brutal civil war (2008-09) against the LTTE.

India abstained from voting, saying its approach to the question of human rights in Sri Lanka is guided by two fundamental considerations. One is support to Lankan Tamils for equality, justice, dignity and peace and the other is ensuring the unity, stability and territorial integrity of that nation.

It urged Colombo to fulfill its commitments on the devolution of political authority, to carry forward the process of reconciliation and address the aspirations of the Tamil community in the island nation.

Stalin said days ago he wanted Prime Minister Narendra Modi to break his silence on the matter since Lanka had been hoping that India would support it in the UN body. It did not, however, happen and the Centre did not come up with any proper explanation.

India abstains during vote on resolution at UNHRC, urges Colombo to fulfill its commitments

PMK founder leader S Ramadoss said India must have voted against Sri Lanka. However, India not supporting Sri Lanka in the UN council and picking a neutral stand was a matter of solace, he said.

“I thank all the nations that have supported the resolution,” Ramadoss, whose party has aligned with the ruling AIADMK in which the BJP is also a constituent, said. MDMK chief and Rajya Sabha MP Vaiko, a vocal supporter of Tamil Eelam, too said India abstaining from voting is a ‘huge betrayal’ of the Eelam Tamils and condemned the Centre for it.

Both Stalin and Vaiko claimed that since assembly polls were round the corner in Tamil Nadu, India abstained from voting in the UN body. Otherwise, it would have voted in ‘favour’ of Sri Lanka, they claimed apparently targeting the Modi government.

Earlier in the day, the AIADMK, an ally of the BJP, made an appeal in the Rajya Sabha that India support the resolution against Sri Lanka. The DMK chief said Sri Lanka thanked India for abstaining, which was for Modi’s ‘betrayal’ of Eelam Tamils.

CPI(M) State Secretary K Balakrishnan said it was an act of injustice against the Tamil people. “India should have voted supporting the resolution, against Sri Lanka.” The resolution titled “Promotion of Reconciliation Accountability and Human Rights in Sri Lanka” was adopted by the UNHRC after 22 members out of 47-member Council voted in favour of it, giving the UN body a mandate to collect evidence of crimes committed during the country’s brutal three decade- long civil war against the LTTE.

Eleven members voted against the resolution tabled by the Core Group on Sri Lanka consisting of countries like the United Kingdom, Canada and Germany. India was among 14 countries which abstained from voting.