Arjun Mathur: I’m entering a new phase in my career 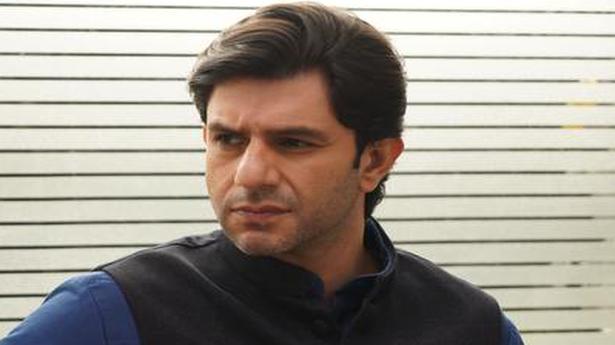 How actor Arjun Mathur, in demand after the success of ‘Made in Heaven’, prepared for ‘Silence…Can You Hear It?’

It was not overnight stardom, but Arjun Mathur did make heads turn playing Karan Mehra in the Amazon Prime web series Made in Heaven; so much so that the actor says he is now busy with “back-to-back projects until August” of this year. The list includes a second season of Made in Heaven.

“The quality of offers [coming my way] has improved. There are filmmakers who now ‘want’ to work with me. I’m aware that I am entering a new phase in my career, and it is exciting,” he says, over phone from Mumbai.

Up next for Arjun is the ZEE5 film starring Manoj Bajpayee, Silence… Can You Hear It? A thriller written and directed by Aban Bharucha Deohans, Arjun plays Ravi Khanna, who he describes as “a suave politician with shades of grey”. Bajpayee is the cop investigating the death of a young woman. Edited excerpts:

Tell us about playing a politician in Silence… Can You Hear It?

Every thriller will have a character like Ravi Khanna, someone whom you can’t tell if he is lying or speaking the truth, or if he is operating with an agenda. For me, it is different from the characters I have played before. I have this image of playing ‘clean, good boy’ roles. Ravi Khanna turns that notion on its head.

I have been a fan of Manoj since Satya. It was interesting to go toe-to-toe with an actor of his stature and skill. It was a brilliant experience on set, it is rare to see someone of such immense standing be so down-to-earth and welcoming. He takes the responsibility of creating a comfort level with his co-actors and the crew.

Was the experience of working with big stars different post the success of Made in Heaven?

The experiences that weren’t too enjoyable were in big star vehicles where I was used as an embellishment. I didn’t enjoy it. I learnt quickly when I saw that this was what the industry was doing to me. I immediately shifted focus and started working in indie projects that gave me the opportunity to work with skilled actors, and not those with over-inflated egos. I worked with actors who you can connect with and have some sort of an exchange instead of just standing behind a star. That said, I have no regrets. There is a learning in every experience.

What are your upcoming projects?

I am filming for Made in Heaven: Season 2 till July. I am also committed to The Gone Game: Season 2 and there is another web series that has not been officially announced. 2021 is going to be a big year!

It appears you are claiming space on streaming platforms. Do you suppose quality of content is better in streaming than in mainstream cinema?

Definitely. The quality is far better than anything mainstream cinema is offering at this point. That is because on these platforms, we are competing for eye balls with cutting-edge content from the world over. That forces everybody to pull up their socks. A lot of our mainstream cinema still caters to the lowest common denominator, for lack of a better word. But in streaming platforms now, there is a possibility to do the kind of work that is different from what we have seen in the last few decades.

How do you prepare for your roles?

I’m an instinctive actor. I don’t over prepare. Say, if I have to physically change myself or alter my vocal quality, things that will need training, I would do that… but otherwise, I am someone who depends a lot on the conversations I have with my director and the script reading sessions with co-actors. My main preparation is the first reactions I have to the script and characters. I try to hold on to that first instinctive feeling that I get when I read something or learn about my character, and I retain it throughout the shoot. My preparation essentially is to leave myself open and vulnerable to the stimulus, so when it comes my way — in the form of a dialogue or an emotion — I am able to react as truthfully as possible.

What can we expect from Season 2 of Made in Heaven?

Before I read the script, I had the question of where goes Karan Mehra from where season one ended. He had his conflicts, he battles the system and in the end, resolves it. When I read the script, I could see the story and direction Karan is going to go is a lot more potent, powerful and personal. His conflicts don’t end and we learn that he is still evolving.