‘Allen v. Farrow’ review: A biased tale of a broken family, masquerading as an investigative piece 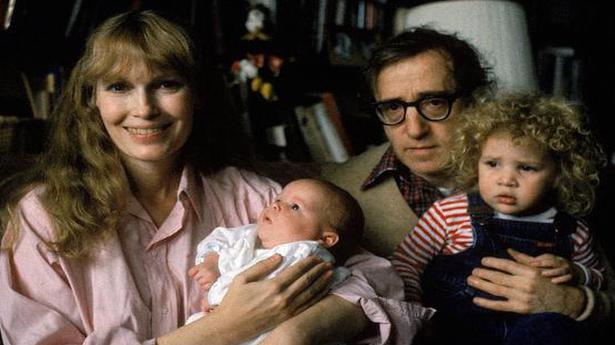 The HBO series is a gripping watch, but does little to no investigation of its own to provide new information to its viewers

Allen v. Farrow sets itself up as a true-crime documentary, exploring the allegations of child abuse against Woody Allen, who in the 90s was accused of sexually molesting his then seven-year-old daughter Dylan.

At the time, Allen was dating his long time collaborator, Mia Farrow, with whom he had adopted Dylan.

Farrow had kids from her previous marriages living with her (along with several other children she adopted) including Soon-Yi with whom Allen later had an affair, and is currently married to.

The documentary bases itself on the testimonies of the children, especially Dylan along with the matriarch Mia, but misses out on shedding light on Woody Allen’s side of the story. Archival footage from the early 90s as well as home-made video recordings of the Farrow household transports us back to a time in Allen and Farrow’s lives, when trouble was just starting to brew.

The documentary does best when it turns the persona of Allen as a loving father and a sensitive individual on the head, to reveal his darker proclivities. For instance, when Farrow recounts how she once caught Allen in his boxers, cuddling up with Dylan on the bed — one becomes more certain that Allen is capable of the worst.

“I thought that is how fathers’ express their love towards their daughters,” stated Dylan on being interviewed by the documentary crew.

She accused Allen of taking her to the attic of Farrow’s Connecticut house and molesting her while telling her to play with her brother’s toy train set. For the most part, Allen v. Farrow tries to document Dylan’s ordeals through the years, trying to delve into the life of an alleged ‘incest survivor’ who braved a high-profile custody trial before she turned 10.

Reserved and emotionally volatile, she pours her heart out on the screen and recalls the unfortunate chain of events for the umpteenth time. She grapples with the question of her self worth and that if her story has not been taken seriously till now because of Woody Allen’s reputation as a stalwart of American cinema.

Other interviewees include Mia’s son Ronan Farrow, known for his investigative reports on allegations against Harvey Weinstein. It is revealed that he initially didn’t believe in Dylan, but after re-examination of facts, he changed his mind. Both of them decided to speak out on the issue again in 2014, adding a new chapter to the four-decade-long tussle between their parents.

However, the documentary lacks objectivity and omits out many minute details that might affect how viewers make up their mind on the subject.

Take, for example, the fact that it does not, for once, talk about Mia Farrow’s convicted child molester brother or the death of her other three children. Allen’s voice is played out, reading excerpts from his autobiography, but appears feeble when trying to counter the allegations against him.

The HBO production keeps on revisiting the previously unearthed facts and does little to no investigation of its own to provide new information to its viewers.

That being said, its narrative style and effective editing make it a gripping watch, attracting the viewers’ undivided attention. Parallels drawn between Allen’s fascination with courting underage girls on screen, to his activities in real life makes us wonder if there can’t be smoke without fire.

Recorded phone conversations between Allen and Farrow adds an element of sensationalism in the production, providing the viewers with an intimate look at the lives of the estranged couple.

In its final episode, the documentary tries to tackle the question of how to deal with quality art created by a person of questionable character. Even though its efforts seem half-hearted, it does manage to initiate a discussion on the topic, which is usually often marred by political correctness.

Though the four-hour docu-series makes for a riveting watch, should one make a conclusive opinion based on it? Instead, a thorough first-hand examination of the facts is warranted, something Allen v. Farrow entirely lacks.