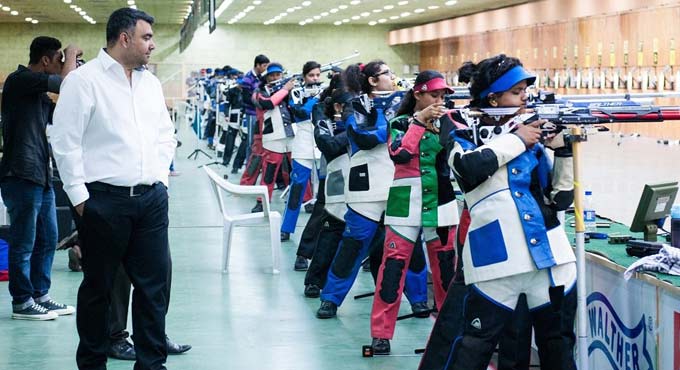 India is fielding a strong 57-member squad, including the 15 quota holders for the Tokyo Olympics.

New Delhi: Deprived of competition for more than a year due to the Covid-19 pandemic, India’s phenomenal pistol and rifle shooters will renew their quest for excellence when the ISSF World Cup begins here from Friday.

In the first multi-nation Olympic sport event of this scale anywhere in the world amid the pandemic, India is fielding a strong 57-member squad, including the 15 quota holders for the Tokyo Olympics.

While it will be a first competitive outing for the pistol and rifle shooters in a world ravaged by the health crisis, those in skeet and trap events had participated in the Shotgun World Cup in Cairo, Egypt last month.

There is no dearth of proven performers in the Indian team and quite a few of them would look to use it as a testing ground before the Olympics, but the tournament assumes added significance for Anish Bhanwala.

For the 18-year-old from Karnal, a Commonwealth Games gold medallist, a good performance here would help him secure an Olympic quota and swell India’s already unprecedented tally to 16.

“We wish everyone all the very best and in particular, our men’s rapid fire pistol squad, where we have the opportunity to deliver the 16th Olympic quota to the country,” Raninder told reporters.

One thought on “World shooting championship to begin from Friday”