Tabla and the table is set 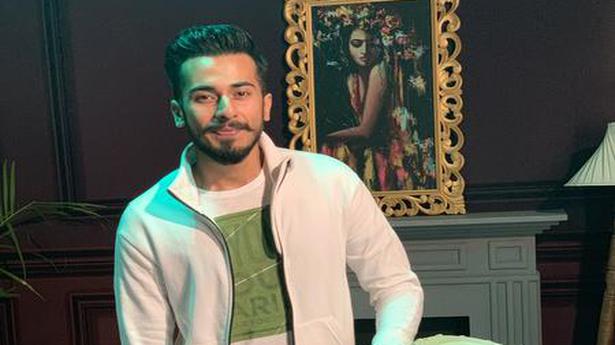 Nikhil Deepak Paralikar loves his music as much as he loves food. So this Hyderabad-based TEDx speaker, who is also a professional tabla player and a music composer, decided to start a cafe that caters to both. A YouTuber, he calls himself the Tabla Guy.

His cafe at Jubilee Hills called Tarz is a haven for musicians and food lovers. Nikhil has divided the 4,000 square-foot area into a restaurant and a creative studio. “I want to set up a platform for digital artists to create and record their music,” says Nikhil.

Tarz Cafe, managed by Nikhil and his team, serves a combination of cuisines. Nikhil says his chef and his team are good with grills. While the cafe is already providing a platform for live performances, the creative studio is also in the works.

“Called Tarz Creators Studio and Cafe, it consists of three major sections — a music recording studio, a video room or video chroma setup room and a jam room. Work on the creative studio is still on as we had to take a step back due to COVID,” explains Nikhil who calls the space “Where creativity meets quality.”

“I am passionate to capture the ‘soul’ of any instrument. So we offer highly specialised rooms and recording techniques for audio and video with a wide selection of equipment. Every space is deliberately designed and treated to sound pristine,” he adds. The Jam room at the restaurant is a space open to all musicians to practise or showcase their creativity.

Twenty-seven-year-old Nikhil was born in Al Jubail, Saudi Arabia but moved to Hyderabad in 2002 when his parents shifted back to India. He graduated in Electronics and Telecommunications Engineering from Vellore Institute of Technology, Tamil Nadu, and later did a course in sound engineering.

Nikhil says, “I started learning tabla at the age of five. My mother introduced me to the instrument observing my pattern of syncing to musical beats to any song. I started learning tabla under the mentorship of Shri Vishwanath Sitala ji and completed my Visharad. I then pursued the Delhi and Farrukhabad gharana styles, followed by Punjab, Benares, Lucknow and Ajrada gharanas.”

With over 80 shows across India under his belt, this tabla artist represented India as a semi-finalist on Living Talent, a reality TV show held in Dubai.

Nikhil says his music keeps him happy and active. Even though the lockdown did not see any live music performances, the performer that he is, Nikhil decided to do live shows online to help people cope with lockdown blues.

As a fusion artist Nikhil has collaborated with multiple singers, including Armaan Malik, Ash King, Sachin-Jigar, Major Lazer, and also featured on DJ Snake’s official music page. With his inclination towards Hindustani classical music, he says that the rich tone of the tabla can make the existing tunes and songs more interesting.

He says, “I started making short covers of English pop songs using tabla during my college time and shared them on Instagram under the handle @thetablaguy which has more than 1,32,000 followers. Once my tabla covers started gaining popularity and getting recognition from Bollywood artistes, I was able to collaborate with the popular artists.”

Nikhil has officially released the tabla version of ‘Haaye Oye’ through Sony Music India, which was originally sung by Ash King and composed by Qaran. He also collaborated with brands such as Tips Music, Gaana, Smule and Honda India.