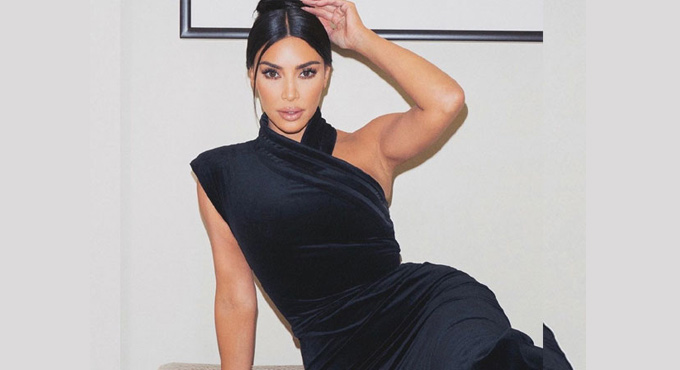 Washington: After nearly a month of ending her seven years of marriage with rapper Kanye West, American reality TV star Kim Kardashian recalled the last year in a positive light in an interview on Monday.

According to Fox News, the ‘Skims’ mogul reminisced about the hardships she faced over the past year on the ‘Good Morning Vogue’ show.

The 40-year-old star revealed that 2020 was “a challenging year.” “I think this year has been challenging for so many people but I also think that this year was a huge cleanse and just a huge opportunity for people to really be grateful for the simple things,” Kardashian said.

Fox News reported that even though she ended her relationship with West, the fashion mogul stated that she looks back at 2020 “in a positive way.”

“I always try to look at things in a positive way. Even though it has been such a challenging year, it’s a time to regenerate, get creative, spend so much time with family and just this time I’ve been able to spend with my children has been priceless. That part has been so beautiful,” she continued.

The ‘Keeping Up With the Kardashians’ star shares four children with her Grammy-award-winning ex-husband. According to the legal documents, the star had been asking for joint legal and physical custody of the duo’s four kids: 7-year-old North, 5-year-old Saint, 3-year-old Chicago, and one-year-old Psalm.

According to the sources, West is supporting the custody decision and is cooperating with the legal procedure.