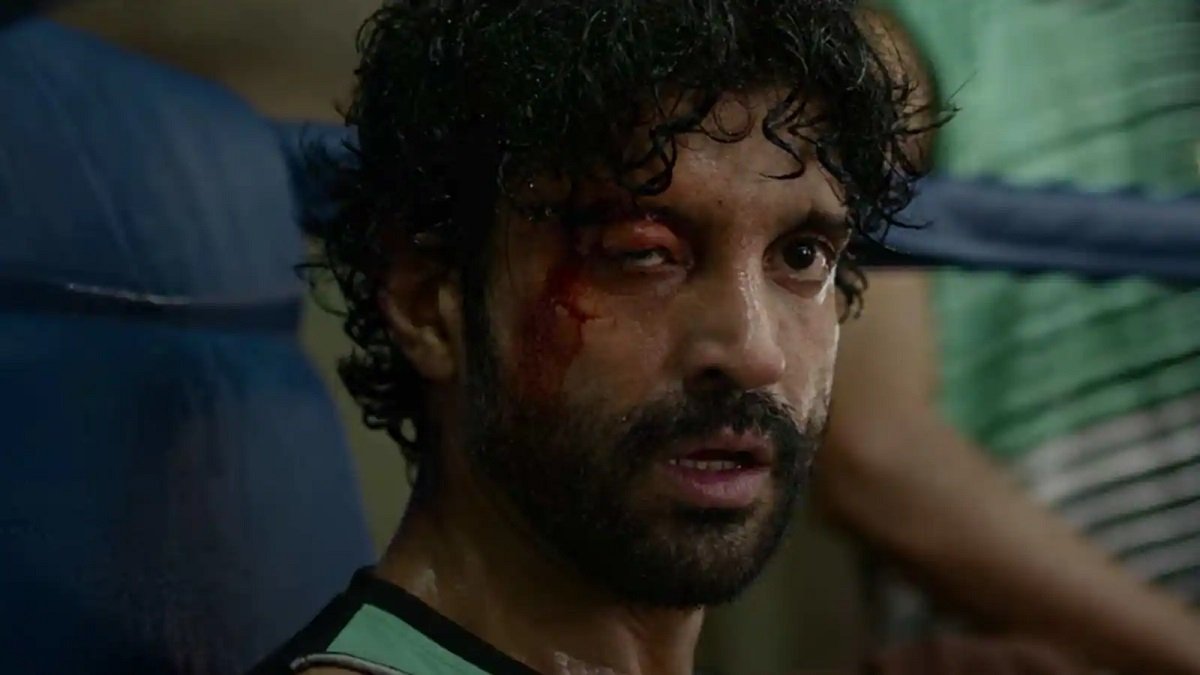 According to recent reports, Toofaan’s new poster is out and the movie will be available for streaming on May 21, 2021, on the Amazon Prime streaming service. Recently, Amazon Prime had also released a teaser for the upcoming movie.

The poster shows Farhan Akhtar’s character Aziz Ali as an Intense boxer who is ready to face any challenge. This intimidating look on Farhan Akhtar’s face showcases his acting skills.

Bollywood expert Taran Adarsh has shared a pic of Toofaan’s new poster on his Twitter handle and he wrote, “#TOOFAAN NEW POSTER… #ToofaanTeaser has met with unanimous praise… The sports drama – directed by Rakeysh Omprakash Mehra – streams from 21 May 2021 on #Amazon.”

Toofaan is an upcoming Indian Hindi-language sports drama film directed by Rakeysh Omprakash Mehra and starring Farhan Akhtar as a national-level boxer, alongside Mrunal Thakur and Paresh Rawal in supporting roles. Filming commenced in Dongri on 26 August 2019 and was completed in March 2020.