Abiu, achachiru, gac: These exotic fruits are now at home in India 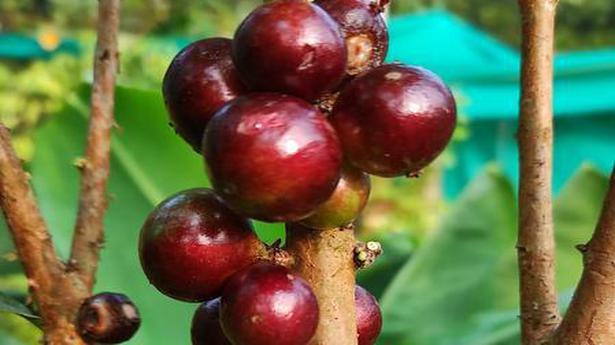 From this Brazilian tree grape to black jackfruit and West Indian cherry, exotic tropical fruits are being cultivated in India

Have you tasted the abiu, jaboticaba, achachiru or gac? These exotic tropical fruits are now being grown locally and making their way to Indian dining tables. Initially a hobby, the commercial viability and nutritional value of the exotics have been established.

“The mangosteen, rambutan and dragon fruit are now familiar and being grown commercially in many farms in India. Though it is early days for the abiu, jaboticaba and others, some are already in shops and on our tables,” says Ajesh TR, of Thoppil Orchards in Muvattupuzha on the outskirts of Kochi, which has about 300 varieties of exotic trees.

Though Kerala leads in this agrarian experiment, growers in Goa, Gujarat, Karnataka and Maharashtra have also jumped on to the bandwagon.

Bestin Joe, who grows foreign tropical fruits and vegetables, calls it a “big experiment… a sort of revolution”. He adds, “In the last one year, people turned toward their gardens and asked themselves, ‘what more can we grow?”

An IT professional based in Bengaluru, Bestin has been working from home in Kochi since April 2020. This gave him the opportunity to work with his father, PV Jose, on their two-acre farm. He explains that the recent spike in interest has been because of successful experiments with imported fruit plants like the achachairu or the Bolivian mangosteen.

“Earlier, only the Asian mangosteen was cultivated here. But now the achachairu, which came here less than 10 years ago, is proving that it can be grown here commercially,” he says, adding that dragon fruit too has seen a similar trajectory.

Jigar Mehta, a doctor by profession, began farming dragon fruit, along with his father Rashmikant Mehta, at their six-acre Gurukul farms at Pantia in Kutch. “The demand is high, especially in metro cities, and the fruit grown in India is sweeter than the ones that are imported from Thailand and other countries,” says Rashmikant, explaining that the difference in day and night temperatures of Kutch (ranging from 44 degrees Centigrade at day time to 23 degrees at night) is favourable for this plant from the cactus family. He has 3,000 poles on which the creeper is growing.

One of the latest foreign tropical fruits to join the list is jaboticaba, or the Brazilian tree grape, which grows in bunches on the tree trunk. “It is sweet and visually the tree looks very appealing,” says Bestin; a reason why it is also now being used in landscaping.

He explains that the first variety that came here, the sabara, was a slow grower and took almost eight years to bear fruit. “Farmers ran out of patience but later a precocious variety, the red hybrid variety bore fruit in just three years.” This changed the approach to jaboticaba.

Passing on the wisdom

Hari Muraleedharan with a bowl of West Indian cherry

Retired scientist Hari Muraleedharan grows almost 800 foreign species on his farm Green Grama in Kottarakkara, in Kollam district. “Of these, 500 are fruiting, he says. “I know each plant, leaf and bud.”

Nine years ago, he pioneered the fruiting of the Inca peanut, a native of the Amazon rainforest and a rich source of omega fatty acids. He also grew the West African fluted pumpkin, for the first time.

On Hari’s farm, one can find the Cupuacu, a cocoa-like fruit from West Africa; 12 varieties of jaboticaba of which two are fruiting; the Brazilian grumichama cherry; kesusu and nam-nam from Borneo islands, and the Chinese mulberry — Che fruit.

Six months ago he began a YouTube Channel discussing ways and means to grow exotic plants and has been building a steady following.

“Social media has been a multiplier of this craze,” agrees Bestin — there are several Facebook and WhatsApp groups that connect them globally.

Last year Ajesh started to review fruits on his YouTube Channel, helping others understand their prospects. “I host fruit tree reviews, their care, pollination, flowering fertilisation and all related information. I also taste the fruit and talk about it,” says Ajesh.

According to him, abiu with its tender coconut-like flesh carries a hint of pineapple and mango flavours and lasts for seven days, while the jaboticaba is very similar to the grape and has a shelf life of two to three days. As most exotics here are tropical, their tastes are akin to fruits familiar with us already, like lychee, sapota and mango family,” adds Ajesh.

Prashanth SP’s I-NET Farms at Kottayam attracts visitors in droves to see the amazing collection of exotic fruit trees and plants. Spread over 10 acres the farm, with rare fruit plants from 17 countries, was started in 2012.

In Mangaluru, founder of Balanja Farm Nursery, Anil Balanja has specifically developed grafted varieties suitable for the coastal area, “from Thiruvananthapuram to Goa.” He makes trips to South Asia and other countries to bring graft “scions” from the mother tree.

Some of the rare plants he has are pepisangan or Burmese tree grape, rambai and bacupari from Brazil. The newest additions are the blue Java banana from Indonesia, which has started to blossom, blood oranges from Brazil and red lemons from Papua New Guinea. A buyer from Bengaluru recently bought a consignment of 2,000 ice cream bean saplings to grow commercially.

“There is a lot of movement in this area of farming definitely,” he says. Bestin, however, sounds a cautionary note. “Not all exotics are useful. It’s by trial and error that we learn of their efficacy and grow it commercially.”