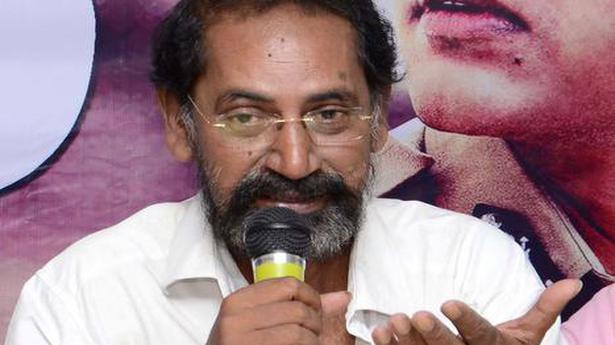 Director S.P. Jananathan died in the city on Sunday morning. He was 61-years-old and was hospitalised a few days ago.

He went on to direct films such as E starring Jiiva and Peraanmai starring Jayam Ravi. His films were known for their strong social commentary and varied themes. His last release as a filmmaker was the critically acclaimed film Purampokku Engira Podhuvudamai starring Vijay Sethupathi and Arya in 2015.

His films, especially E, Peranmai and Purampokku Engira Podhuvudamai, reflected his belief in Communism. He also believed in direct communication of his political ideas in his films instead of using indirect narrative techniques to make his point. One of the most talked about scenes written by him was in Peraanmai where the hero, a young Tribal forest officer, teaches young urban women about the Marxist perspective of how the profit is extracted from the labour of human beings. He was also fascinated by Tamil history and culture. In Purambokke Engira Podhuvudamai, the protagonist who is on death row says that a ‘Tamil Nation’ will not be possible if it doesn’t take into account class contradictions.

Mr. Jananathan had been working on the post-production of his upcoming film Laabam starring Vijay Sethupathi and Shruti Haasan which was readying for a release soon.

Condolence message poured in on social media from members of the Tamil film fraternity. Cinematographer P.C. Sreeram said on Twitter that Mr. Jananathan’s films will be remembered as it reflected his conviction towards society. Actor Shruti Haasan, who stars in his upcoming film thanked him for his wisdom and kind words. Director Mohan Raja said that the filmmaker had been an inspiration to many including him.