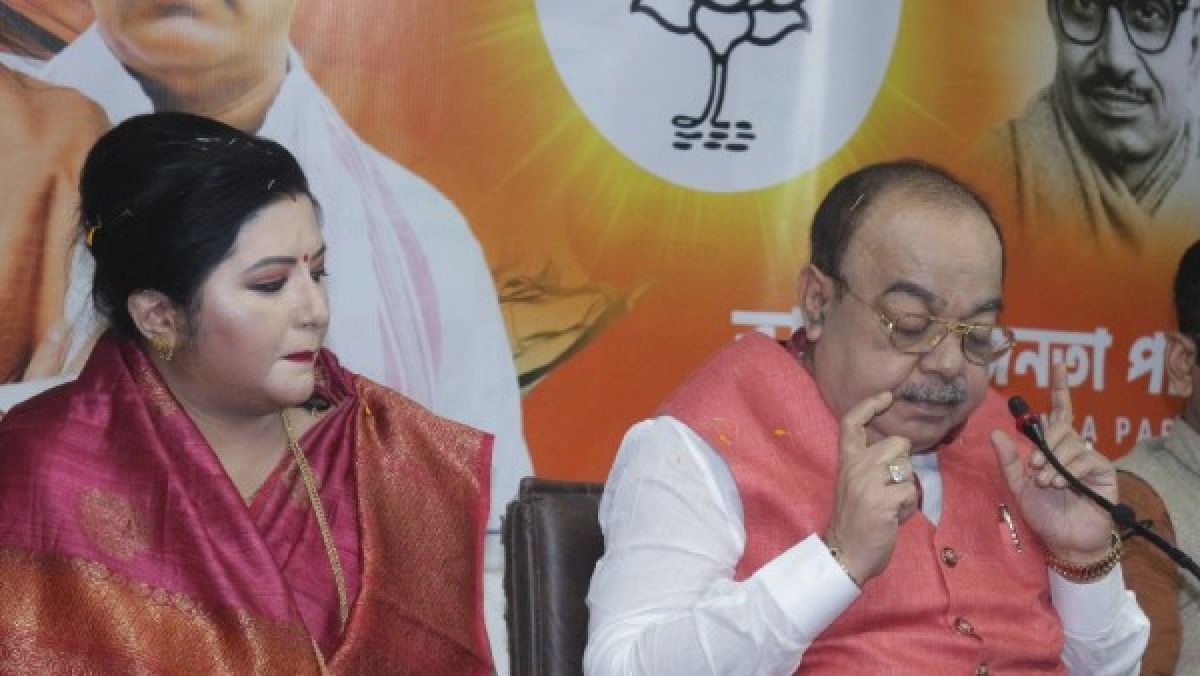 Kolkata, Mar 14: The rift between old-timers and newcomers in West Bengal BJP came out in the open as several aspirants voiced their anguish against the party and resigned after they were denied tickets for the assembly elections, while protests were held across the state.

BJP leader and TMC turncoat Sovan Chattopadhyay along with his friend Baisakhi Bandopadhyay quit the party after both of them were denied tickets.

Chatterjee’s constituency for several decades, Behala Purba, was given to actor-turned- politician Payel Sarkar, who joined the party a few days back.

In his resignation letter to the party’s state president Dilip Ghosh, Chattopadhyay accused the saffron camp of humiliating him.

Addressing a press conference at the BJP headquarters in New Delhi, party general secretary Arun Singh along with Union ministers from West Bengal, Babul Supriyo and Debasree Chaudhuri, released the names of 63 candidates for the third and fourth phase of polls to be held on April 6 and 10.

As soon as the names were announced, protests erupted in various parts of the state with several leaders openly expressing their dissatisfaction over newcomers being given more importance than the old-timers.

In some cases, fresh inductees also expressed their unhappiness over the constituencies allotted to them.

The nomination of Ashok Lahiri, former chief economic advisor to the government, from the Alipurduar seat and Gorkha Janmukti Morcha turncoat Bishal Lama from Kalchini triggered a wave of protests in North Bengal with the local leadership hitting the streets.

“We don’t know who is Ashok Lahiri and why was he nominated. If he contests from Alipurduar, what the old-timers who had fought for the party for years will do. Bishal Lama joined the party just two days ago and he was nominated. Local BJP workers will never accept this injustice,” a saffron party leader said.

The octogenarian leader switched sides after being denied ticket by the ruling party this time.

“Rabindranath Bhattacharya is a TMC leader, who joined the BJP after he was denied ticket by his party. And today, some of the central BJP leaders in collusion with Bhattacharya gave him party nomination. We will never accept it. The party has to change its decision,” a local BJP leader of Singur said.

Protests were also held in various other constituencies after ticket aspirants did not find their names in the list.

Shyampur is one such constituency where actress Tanushree Chakraborty, a newcomer in the BJP, was nominated.

Angry BJP workers ransacked a party office in Panchla seat in Howrah district, where TMC turncoat Mohitlal Ghati was given the poll ticket.

Several district level leaders also resigned from the party after failing to get tickets.

After the BJP announced the candidates for fthe irst and second phases of polls earlier, similar incidents had taken place with at least nine disgruntled BJP leaders filing nominations as independents.