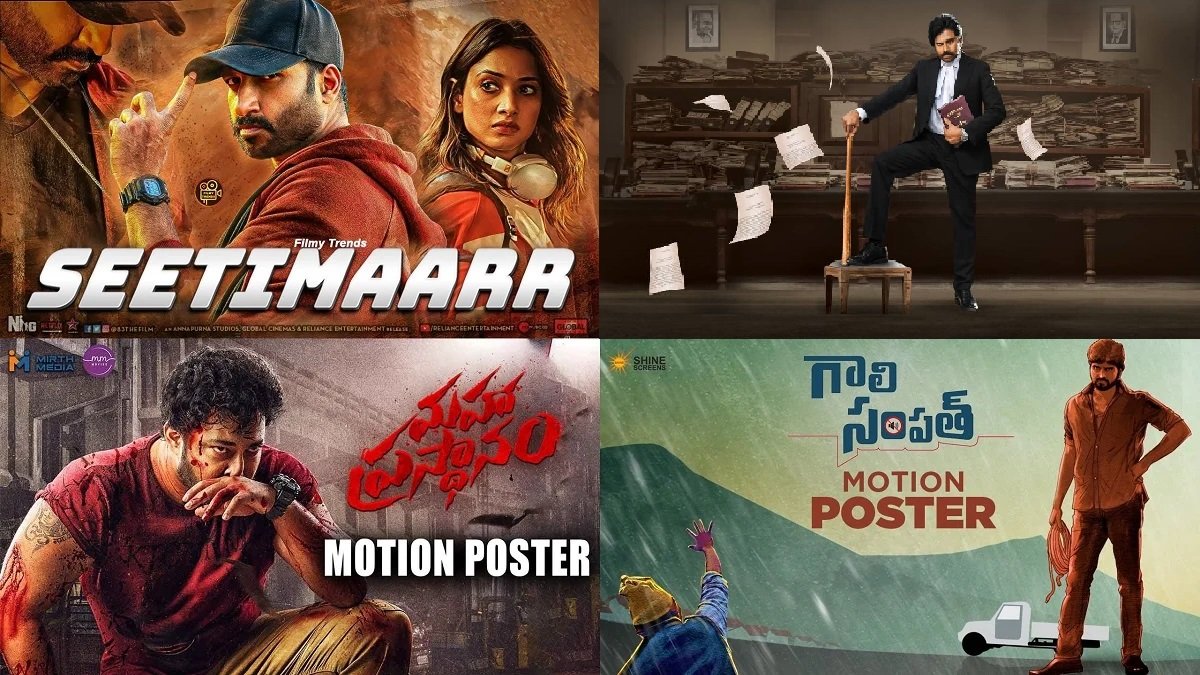 Telugu movies have always been popular amongst movie lovers, Here we are listing some of the top Telugu Movies. releasing in 2021 Here you can see a list of Telugu Movies of 2021. In the Telugu film industry movie makers explore various content in different genres and storylines that impress the viewers.

Some of the best Telugu films inclusive of Maha Prasthanam, Gaali Sampath and Seetimaarr . Here we have listed the most anticipated Telugu movies of 2021, which include Tamannaah, Pawan Kalyan and Tanish.

Maha Prasthanam tops our list of top Telugu movies of 2021. Maha Prasthanam is an upcoming Telugu action thriller movie directed by Jhony and produced by Shaik Jani Basha under Omkharreswara Creations banner. The movie casts Tanish and Musskan Sethi are in the main lead roles along with Kabir Duhan Singh, Amit Tiwari, Raja Ravindra, Ravi Kale are seen in supporting roles while Sunil Kashyap music for this movie.

Roberrt is in our list of top Telugu movies of 2021. Roberrt is an action thriller film written and directed by Tharun Sudhir and produced by Umapathy Srinivasa Gowda under the banner of Umapathy Films. The film stars Darshan, Jagapathi Babu, Ravi Kishan, Asha Bhat, Devaraj, and P. Ravi Shankar. The score is composed by V. Harikrishna, with additional songs by Arjun Janya. Cinematography and editing are performed by Sudhakar S Raj and KM Prakash respectively.

Gaali Sampath is an upcoming Indian Telugu-language slice of life film directed by Anish Krishna, produced by S Krishna, Harish Peddi and Sahu Garapati through Shine Screens and Imagespark Entertainment. The plot revolves around the life of a young person. He is content with an elderly man. Things take a new turn as he meets and falls in love with a girl. Their life is affected by a few incidents. Can they get back to the happy life they had?

Seetimaarr is an upcoming Telugu movie of 2021. Film is set to be a romantic action entertainer directed by Sampath Nandi and produced by Srinivasaa Chhitturi. The movie cast includes Gopichand, Tamannaah Bhatia, Digangana Suryavanshi and Bhumika Chawla are in the lead roles while Mani Sharma scored music.

Should Read- Janhvi Kapoor on her birthday wishes to win over the ones who need to be won over, through her work