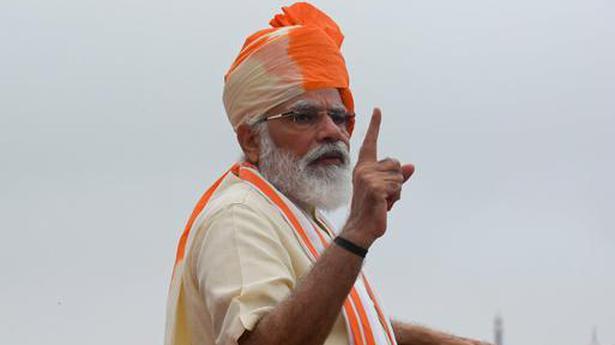 The Centre on Friday set up a high-level committee for planning the commemoration of the 75th year of Independence in 2022, the Union Culture Ministry said in a statement.

The Ministry notified the formation of the 259-member national committee, chaired by Prime Minister Narendra Modi, on Friday. Earlier, the government had set up an implementation committee chaired by Union Home Minister Amit Shah and a committee of secretaries for the purpose.

“The national committee includes dignitaries and eminent citizens from all walks of life. The committee will provide policy direction and guidelines for formulation of programmes for the commemoration of 75th anniversary of Indian Independence, at the national and international levels,” the Ministry said.

The Ministry said the committee’s first meeting would be on March 8 and celebrations would be launched 75 weeks prior to August 15, 2022, that is on March 12, 2021, which is the 91st anniversary of the historic Salt Satyagraha led by Mahatma Gandhi.