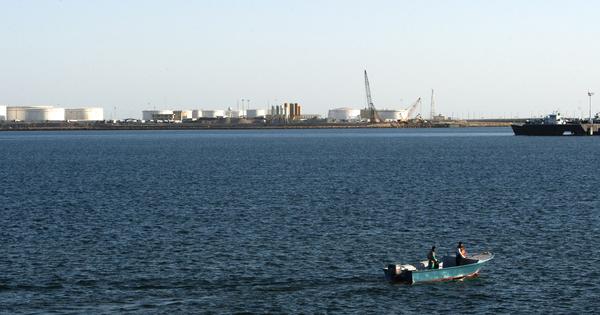 India on Thursday proposed to include the Chabahar port in the International North South Transport Corridor route, said External Affairs Minister S Jaishankar. He also expressed hope that member states involved with the INSTC will agree to expand membership of the project.

“I am hopeful that during the INSTC Coordination Council meeting, member states would agree to the expansion of the INSTC route to include the Chabahar Port and also agree on expanding the membership of this project,” the minister said, during a virtual “Chabahar Day” event. It was organised on the sidelines of the Maritime India Summit 2021.

The INSTC is a key trade corridor project, in which India is partnering with 12 countries to set up an economic route, Jaishankar said. “We also welcome the interest of Uzbekistan and Afghanistan to join the multilateral corridor project,” the minister said. “Establishing an eastern corridor through Afghanistan would maximise its potential. India has also proposed the inclusion of Chabahar in the INSTC route.”

The Chabahar port was not only a regional commercial transit hub but also facilitated in humanitarian assistance, especially during the Covid-19 pandemic. “The port is part of our shared commitment towards peace, stability and prosperity of the people of Afghanistan,” Jaishankar said. “India has utilised the Chabahar port to ship 75,000 MT of wheat as humanitarian food assistance to Afghanistan in September 2020.”

Jaishankar said the shift in the focal point of global economic growth towards Asia was creating unprecedented opportunities for connectivity. “There is a huge infrastructure deficit in the region which needs to be met to fulfill growing aspirations of our peoples,” he added.

The project, which includes India, Iran, Russia, Turkey, Armenia, Azerbaijan, Belarus, Kazakhstan, the Kyrgyz Republic, Tajikistan, Oman, Syria and Ukraine, was first proposed in 2000 to curb costs and time in moving cargo, and to improve connectivity in the region between Russia and the Central Asian states and India, according to the Hindustan Times.

“The transport and transit corridor is intended to ensure the unhindered flow of commerce throughout the region and to create a safe, secure and reliable route to trade initially with Afghanistan, and thereafter with Central Asia as a whole,” Jaishankar said.

In July, India had dismissed reports that Iran had decided to exclude it from the construction project of a railway line linking the Chabahar port with Afghanistan, and said that Tehran is yet to nominate an authorised entity to finalise the outstanding technical and financial matters related to the venture.

India had signed the highly-anticipated deal on the Chabahar port, which lies in a free trade zone, in May 2016. The railway project was between the Iranian railways and the state-owned Indian Railways Construction Limited. It was meant to be part of India’s commitment to the trilateral agreement between India, Iran and Afghanistan to build an alternate trade route to Afghanistan and Central Asia.

India has invested $500 million (approximately Rs 3,700 crore) in the Chabahar project, which will connect the country with Afghanistan and Central Asia, bypassing Pakistan. The first phase of the strategically-located project was inaugurated in December 2017.