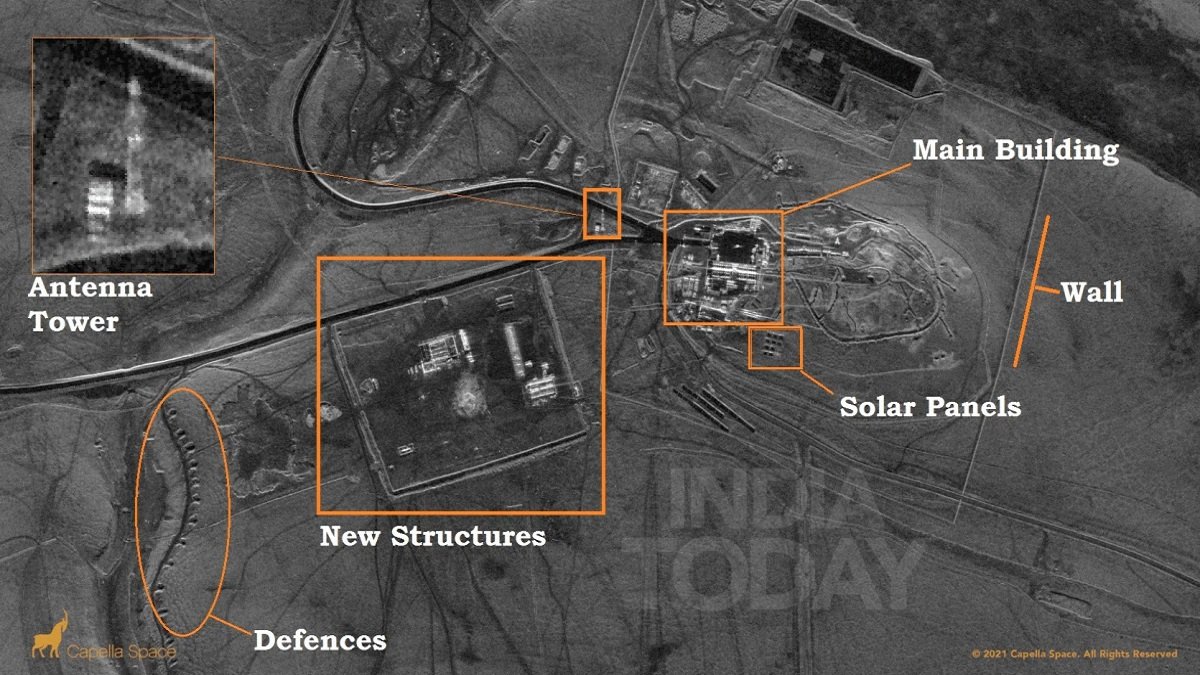 As per recent reports Synthetic Aperture Radar (SAR) images of a permanent Chinese post, generated by illuminating radio waves during the night, provide glimpses of the Chinese buildup near the Line of Actual Control (LAC). Situated at a distance of about 24 km opposite India’s highest airstrip Daulet Beg Oldie (DBO) in Ladakh, PLA’s Tianwendian post is an all-season post in Aksai Chin.

The post was established after the 1962 war and has seen consistent upgrades over the past few years. The latest imagery suggests that its main building has seen additional auxiliary structures, camps, vehicles and fencing since August 2020.

However, the longstanding standoff persists at more than one location in the Depsang region of Ladakh.The latest high-resolution imagery has been captured on the night of 25 February by the SAR commercial satellites of the US-based space firm, Capella Space.

During the current standoff, Chinese troops have brought in their tanks and troops close to Indian positions.The Tianwendian post with its air defence systems, storages, additional shelters and vehicles for the reinforcements serves as the core of the PLA operations in the region.

The additional buildup of new camps and shelters were first seen in July last year after the brutal hand-to-hand combat between Indian and Chinese troops in the Galwan river valley in which casualties were reported on both sides.

The main double-storey building at the post is now surrounded by several temporary camps and shelters. New support buildings, observation posts and towers can also be seen in the latest images.

The post initially had three large buildings for accommodating a large number of PLA troops; however, the facility seems to have been expanded to house additional PLA troops during the standoff period. Temporary shelters with defensive walls as well as observation posts are also visible in the new imagery.

After initial breakthrough in Pangong, the focus of the negotiation is on Depsang plains where China has come in around 18 km since 2013.DBO is barely 20 km away from the Karkoram Pass.

On its west is the Siachen Glacier under Indian control. Indian patrols have been blocked here by PLA in the Y junction area as the Chinese have intruded 18 km inside since 2013.Regular patrols to patrol points 10,11, 11A, 12 and 13 have been blocked due to the impasse.

India has been asserting that not just Pangong but all friction points across Eastern Ladakh including Depsang and areas around Demchok where Indian grazers have been obstructed should be dealt with.