When ‘Jana Gana Mana’ got its tune 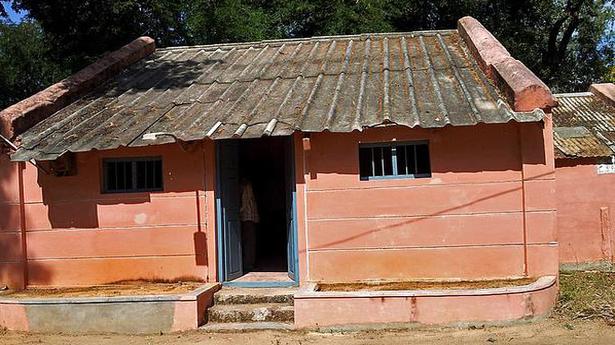 It is common knowledge that Rabindranath Tagore authored the national anthem ‘Jana Gana Mana’ in 1911. But, not many know that it was translated into English as ‘Morning Song of India’ and given a tune on February 28, 1919 during Tagore’s brief stay at Madanapalle.

Then a nondescript town, Madanapalle got a coveted place in history as Tagore chose to stay with Irish poet James H. Cousins, then principal of Besant Theosophical College. Till then, ‘Jana Gana Mana’ was just a lyric. It became a song after the principal’s wife Margaret Cousins gave it a tune. She had carefully studied the meaning of each line and composed the musical notes, which Tagore had happily approved.

Before ‘Jana Gana Mana’ was declared the national anthem on January 24, 1950, two days before India became a republic, then Prime Minister Jawaharlal Nehru had asked musician Herbert Murrill to give his opinion on the tune.

“Murrill had felt it was a bit slow. He had increased the tempo and modelled it on the lines of the French national song La Marseilles,” says K.S.S. Seshan, a retired professor of history of the University of Hyderabad.

In an interview to The Hindu, Prof. Seshan, who has settled in Madanapalle after his retirement, recalls how the college campus remains a witness to those inspiring moments. “The original document on which Jana Gana Mana was written was preserved at the college for several years, before it was sold to an American art collector for a fabulous, but undisclosed price. It was necessitated by the withdrawal of grants by the Government of Madras, which took offence to the faculty and students participating in the Home Rule Movement led by Annie Besant,” says Prof. Seshan.

However, a photocopy was made before the original document left the country forever. Prof. Seshan brushes aside the recent controversy that erupted on social media platforms that Tagore had written the national anthem in honour of King George V.

“When Tagore had rendered ‘Jana Gana Mana’ for the first time, it was at the same convention that the Indian National Congress had felicitated the king. Though it was widely surmised that Tagore had mentioned the king as ‘Bharata Bhagya Vidhata’ (dispenser of India’s destiny), he did not bother to scotch the rumours which persist even till today,” says Prof. Seshan.