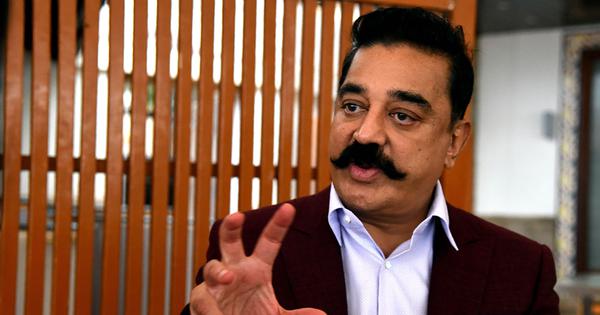 A day after the Election Commission of India announced the polling schedule for Tamil Nadu along with other three other states and Puducherry, parties in the state have started holding meetings to discuss poll alliances and seat-sharing. Tamil Nadu will go to polls on April 6 and the result will be declared on May 2.

The AISMK chief also said that he met Haasan to explore the possibility of whether “good people with similar points of views” could get together, according to The Hindu. “I have understood what he feels and his opinion,” he added. “MNM office-bearers will speak with us. We are waiting for a good answer.”

Speaking to reporters, Haasan said that he was ready to compromise for “good causes”. The MNM chief also expressed confidence in forming a third front for the elections in Tamil Nadu and Puducherry.

The MNM chief said that he will start the election campaigning on March 3 and that the first list of candidates will be announced on March 7.

“We are yet to make our decision,” the official said. “This is the time for us to create various options and pick the best one for us.”

According to an unidentified official, AIADMK has offered about 15 seats to the BJP and around 25 seats to the Pattali Makkal Katchi.

The official said that the BJP has asked for more seats. The AIADMK, however, does not want to give more seats to the BJP but is willing to negotiate and offer the saffron party the seats that it wants to contest from. The possible constituencies offered to BJP candidates would include areas in Coimbatore, Kanyakumari and some seats in Chennai.

The Pattali Makkal Katchi has also demanded around 30 seats. The seats given to them would be from areas around Dharmapuri, Virudhunagar and mainly the northern parts of the state that have a large population of the Vanniyar community.

On Friday, the AIADMK had passed a Bill giving 10.5% internal reservation to the Vanniyar community within the Most Backward Classes category. The Pattali Makkal Katchi had raised the matter of reservation for the community with the AIADMK in the run-up to the polls. The party, which is now led by GK Mani, has no representatives in the 234-member Tamil Nadu Assembly.

Earlier on Thursday, the Congress and the Dravida Munnetra Kazhagam had held seat-sharing talks. According to The Hindu, the Congress sought more than 50 seats but the DMK refused, pointing to the poor strike rate of the Congress in the 2016 state Assembly election, where the Sonia Gandhi-led party had won just eight of the 41 allotted seats.

An unidentified official told the English daily that the DMK wanted to contest in as many seats as possible to secure a comfortable win. “We told them [the Congress] that a narrow victory may lead to anything in today’s political situation,” the official said. “We have witnessed the BJP’s game in Puducherry.”

Dinesh Gundu Rao, All India Congress Committee in charge of Tamil Nadu, said that the party had sought a certain number of seats from the DMK on the basis of an assessment done in the last few months. “We don’t want to go into the numbers,” he told The Hindu. “The meeting with DMK leaders was fruitful and friendly. We have sought a number of seats. Let us see.”