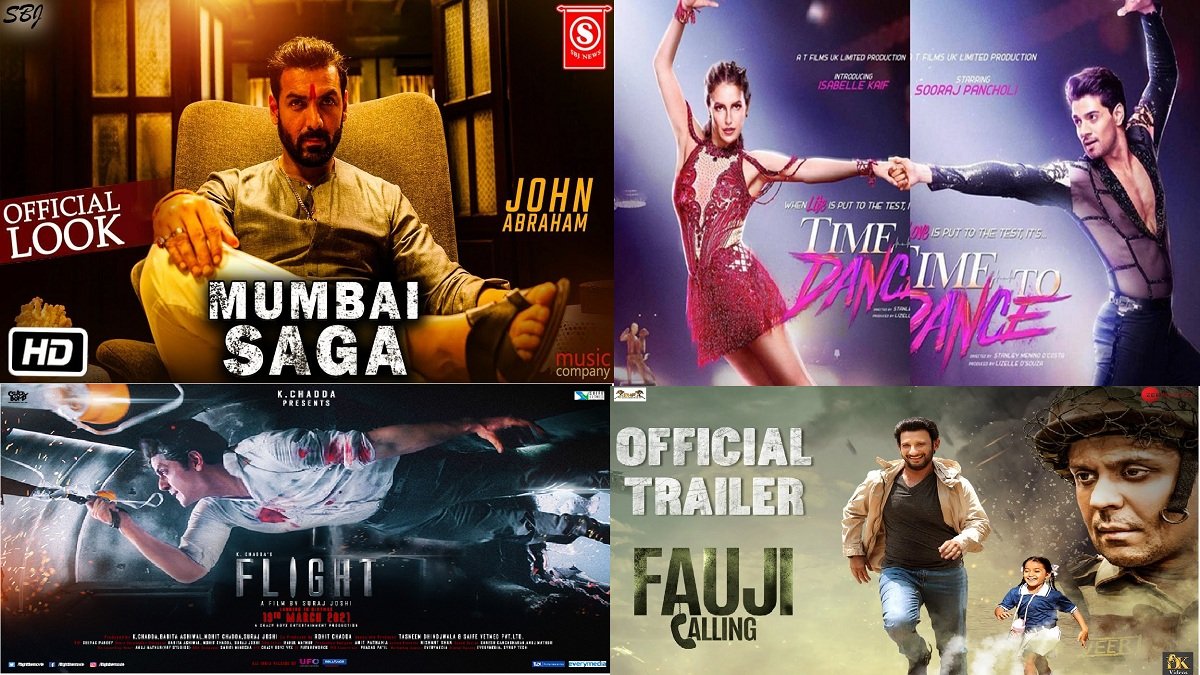 The year 2020 saw a massive drought of theatrical movie releases due to lockdown amid the COVID-19 pandemic worldwide. However as the situation has normalized in 2021, a lot of big upcoming Bollywood movies are set to hit your nearby theatres, Here is a complete list of  Hindi movies releasing in March 2021.

Roohi is an upcoming Indian Hindi-language comedy horror film directed by Hardik Mehta and produced by Dinesh Vijan under the banner Maddock Films. It tells the story of a ghost who abducts brides on their honeymoons.

Kaadan (Haathi Mere Saathi) is an upcoming Indian drama film directed by Prabhu Solomon starring Rana Daggubati. ‘Haathi Mere Saathi’ chronicles the journey of a man who fights for the jungle and animals and is described as a reflection to the environmental crisis across the world.

The film follows the story of a man and woman who represent two completely different Indians. Pinkesh “Pinky” Dahiya is a Haryanavi Police Officer while Sandeep Kaur is someone from the Corporate world. However, they are united by their mistrust, suspicion, and hatred for each other.

The film will be a spine-chilling action thriller as the story follows the journey of Ranveer Malhotra, who against all the odds, has to face deadly obstacles on a plane in order to survive.Twitter handle of ‘Flight The Movie’, on Wednesday, also released a 25-second teaser clip in which a flight can be seen getting blasted mid-air. The teaser ends with a simple dialouge, “Aaj marne ka mood nahi hai”

The film is a story of a little girl who loses her father in the war and how she deals with Post-traumatic stress disorder (PTSD). The film also showcases the plight of a soldier’s family and the sacrifices they have to make.

Time to Dance  is Indian Hindi-language dance drama film which features Katrina Kaif’s sister Isabelle Kaif and Sooraj Pancholi in the lead roles. For the uninitiated, it also marks the official debut of Isabelle.

No Means No is a cross-genre action-packed, teenage musical love story, a courtroom drama that’s more like the thrill of a roller-coaster ride as each twist and turn begins to unravel to reach a conclusion that calls out for justice.