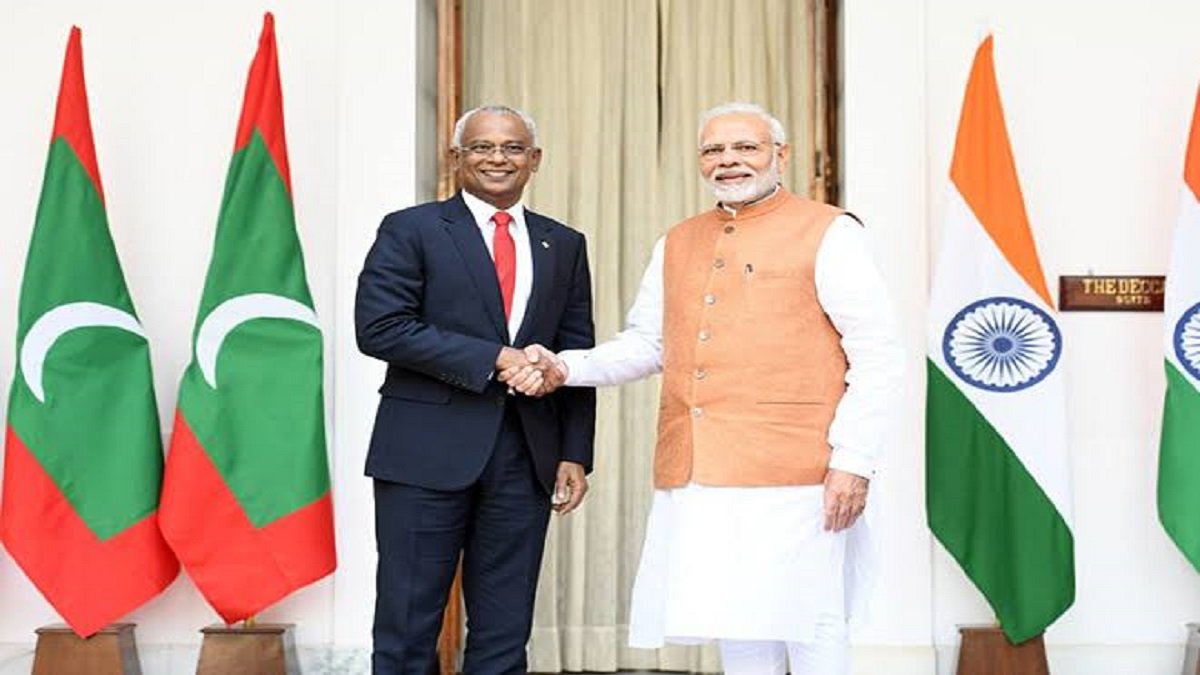 As per defense reports, India on Sunday extended a $50-million line of credit to the Maldives for defense projects and the two countries signed an agreement to develop and maintain a key naval facility for the armed forces of the Indian Ocean archipelago.

The agreement between India’s EXIM Bank and the Maldivian government for the defense line of credit will facilitate capability building in the maritime domain, Jaishankar said without giving details.

Didi said the harbor and dockyard will mark “another significant milestone” in bilateral defense cooperation, while Jaishankar said the facility will strengthen the capability of the Maldivian Coast Guard and facilitate regional humanitarian assistance and disaster relief efforts.

The Maldives doesn’t have a navy and the Coast Guard functions as the armed maritime component of the Maldives National Defence Force (MNDF). There is strong maritime cooperation between India and the Maldives, and in the past, New Delhi has provided patrol vessels and maritime surveillance aircraft to bolster MNDF’s capabilities.

In addition to the harbor and dockyard, India will support the development of other infrastructure, communications resources, and radar services at Uthuru Thila Falhu and provide training to Maldivian personnel. MNDF officials told the media that no foreign military personnel will be stationed at the facility, which will be used to dock, maintain and repair Coast Guard vessels.

A joint statement said the agreement on developing the harbor was in line with several requests made by the Maldives government since 2013 for India’s support to enhance the capability of its defense forces to effectively control and conduct surveillance in its exclusive economic zone.

The agreement is also in line with a bilateral action plan for defense cooperation signed in April 2016 and subsequent discussions held during 2016-19.

The ministers also agreed on the importance of peace and security in the Indian Ocean and decided to strengthen coordination for regional maritime security, combating terrorism, and ensuring freedom of navigation.

The Maldives has become of the biggest beneficiaries under India’sNeighbourhood First’ policy. India is backing major infrastructure projects under two lines of credit worth $1.2 billion. New Delhi also extended budgetary support of $250 million last year to help the Maldives cope with the economic impact of the Covid-19 pandemic.

The five agreements signed on Saturday included a letter of intent between India’s EXIM Bank and local authorities on financing a housing project of 2,000 units, a memorandum of understanding (MoU) for a grant of $500,000 for a fish processing plant, and an MoU on sustainable urban development.

Always a pleasure to meet my friend and Indian EAM @DrSJaishankar. In our discussions today, I conveyed our thanks to PM @narendramodi and the people of India for the generous assistance announced during the EAM’s visit including an additional 100,000 doses of Covishied vaccine. pic.twitter.com/SVc5zr860N

Jaishankar also handed over 100,000 doses of Covid-19 vaccines as a donation. This was in addition to another 100,000 doses provided last month under India’s Vaccine Maitri initiative.