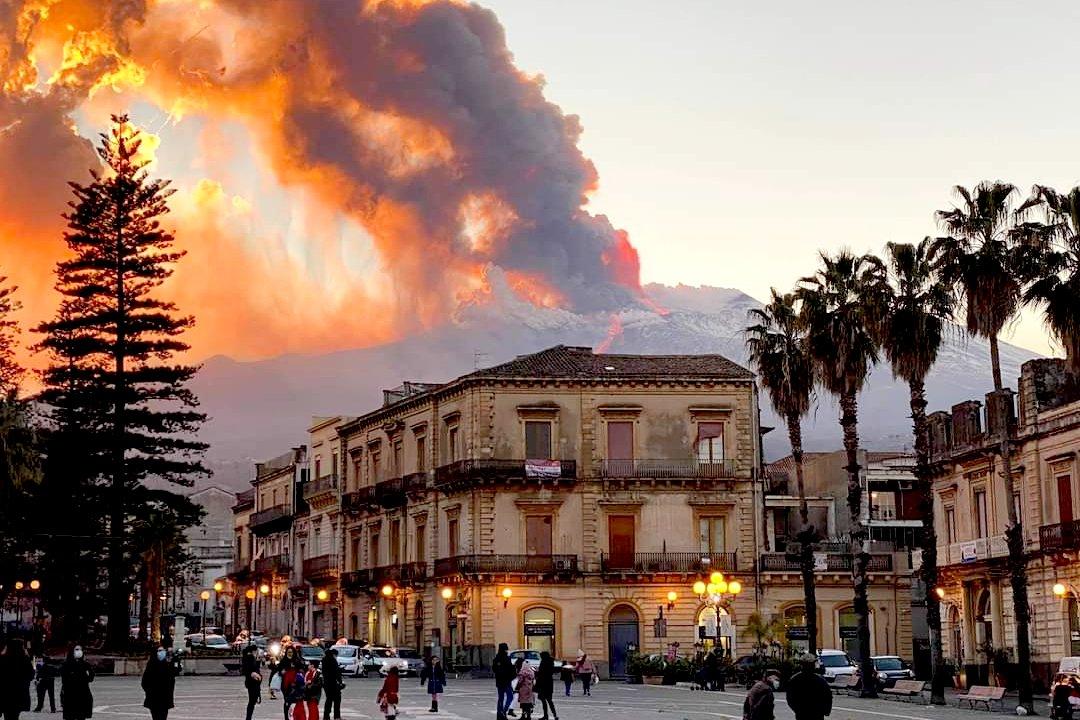 The eruption of Sicily’s Mount Etna Saturday marks the fourth time within the past four days.

According to Volcano Discovery, Europe’s most active volcano put on a remarkable show – spewing lava, ashes, and volcanic stones.

Italy’s #MountEtna, one of the world’s most active volcanoes, has been erupting this week, spewing fountains of lava and ash into the sky. According to Volcano Discovery, the eruption is now over “… until another one arrives from deeper reservoirs, maybe very soon.” pic.twitter.com/64iqTLlRmS

WATCH: Mount Etna covered the sky over the Italian town of Paterno with orange smoke pic.twitter.com/JSZh0QRZZy

No injuries or deaths have been announced from the eruptions and the areas surrounding the crater have been secured. Residents report finding large chunks of volcanic stones throughout the area and ash.

“It was a rain of stones. Something I never saw in my entire life,” said Pedara resident Letizia Olivieri.

Locals have taken to the streets to clean up courtyards and wipe off vehicles while bagging the ash and waiting for collectors to pick it up. Driving motorbikes and scooters was prohibited during the first few eruptions and cars were asked to reduce their speed to prevent the spreading of ash.

Another Pedara resident, Massimiliano Formica, said he thought one eruption was the beginning of a rainstorm, then noticed it was something else.

When he looked outside, he saw that it was “raining in a weird way. I went out and I saw soil falling down. Also big stones.”

Etna is a popular tourist attraction in Italy and its eruptions are particularly fascinating to see at night.