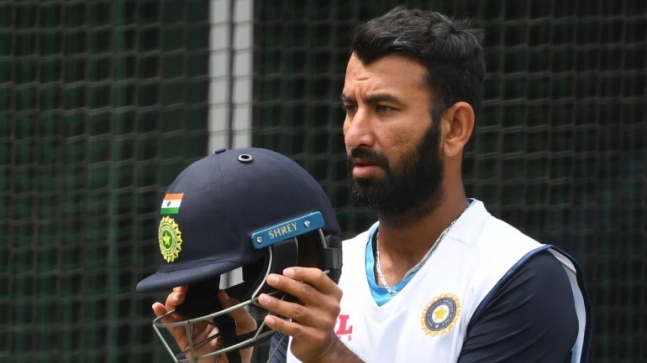 Chennai Super Kings and their bowling coach Lakshmipathy Balaji are genuinely excited for Cheteshwar Pujara who will return to the Indian Premier League for the first time in 2014.

Quite a few pointed out that Chennai Super Kings purchasing Cheteshwar Pujara was one of the feel good stories of the Indian Premier League. After having missed out on an IPL contract over the last 6 years, CSK did not think twice as they picked up Pujara at his base price of Rs 50 lakh.

Pujara has never shied away from expressing his interest to play white-ball cricket and the senior batsman let his bat speak when he returned to T20 cricket with a hundred at the Syed Mushtaq Ali Trophy in 2019.

Bowling coach Lakshimapathy Balaji said Cheteshwar Pujara deserved an IPL contract for the way he has been performing in Test cricket. After starring in India’s historic series win in Australia in 2018-19, Pujara shone once again Down Under as he played a crucial role in India’s heroic 2-1 win earlier this year.

“The way he has played recently for India in the recent past, in Australia he deserves that. He deserves that mark of respect. One player I genuinely feel is giving his sweat and blood for the country. I feel genuinely happy for him,” Balaji said.

‘MS Dhoni is definitely happy with the auction’

CSK made only 6 buys at the IPL 2021 auction as they had a settled core. Off-spinner Krishnappa Gowtham was their most expensive pick at the auction at Rs 9.25 crore while England all-rounder Moeen Ali was bought for Rs 7 crore. CSK also picked up 3 uncapped players in the accelerated round.

Revealing MS Dhoni’s reaction to CSK’s auction picks, CEO Kasi Viswanathan said: “Normally he doesn’t say anything. Whatever we wanted, we got. Definitely, he is happy with how we went about his auction.”