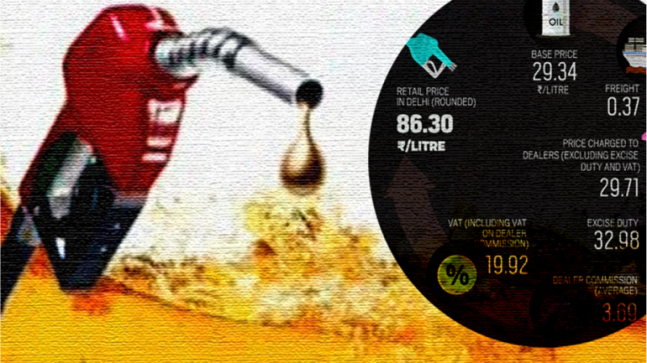 Indians pay four times for a litre of petrol compared to its crude price, which is only around a litre of packaged drinking water. Taxes, commissions and other charges levied on the end-user ensure that fuel rates do not go down significantly in India even when international crude oil prices are low.

Ideally, retail prices of petrol and diesel in the domestic market are linked to global crude prices. It means if crude prices drop in the international market, then prices in retail should come down too. But this is not the case most of the time.

On the contrary, despite the 13 per cent drop in international crude rates, Indians paid 13 per cent higher prices (considering the average price of petrol to be Rs 88 per litre) from January 2020 to January 2021.

In January 2020, before the Covid-19 lockdown, crude oil price was around Rs 29 per litre, while end-users paid Rs 78 for a litre of petrol. Even after international crude prices nosedived in February, an Indian consumer still paid nearly five times higher (Rs 72.93 per litre) than the crude oil price (Rs 15.60 per litre).

After the gradual easing of the lockdown, crude oil price was revived to Rs 25 a litre in January this year, but consumers ended up paying Rs 87.57 per litre, more than three times higher. This is because every time crude prices fall, the government imposes fresh taxes.

On May 5, 2020, when crude prices halved to Rs 14.75 from Rs 28.84 per litre, the government hiked excise duty by a record Rs10 per litre on petrol and Rs 13 per litre on diesel to garner additional revenue of Rs 1.6 lakh crore. This was the second hike within a period of three months.

Tax collection dropped in every sector during the pandemic, except fuel. The government collected a record 48 per cent more tax as excise duty on petrol and diesel from end-users from April-November 2020 compared to the same period in 2019. The total tax collected was Rs 1,96,342 crore, up from Rs 1,32,899 crore, according to data from the Controller General of Accounts (CGA).

HOW IS PETROL PRICE SHAPED?

The Indian Basket of the crude price is a weighted average price of Brent, Oman and Dubai. India imports nearly 80 per cent of its crude oil requirements from abroad. Crude oil needs to be refined by refineries and Oil Marketing Companies (OMCs). In the domestic market, fuel price is partly shaped by actual supply and demand, and mostly by taxation and dealer commission. 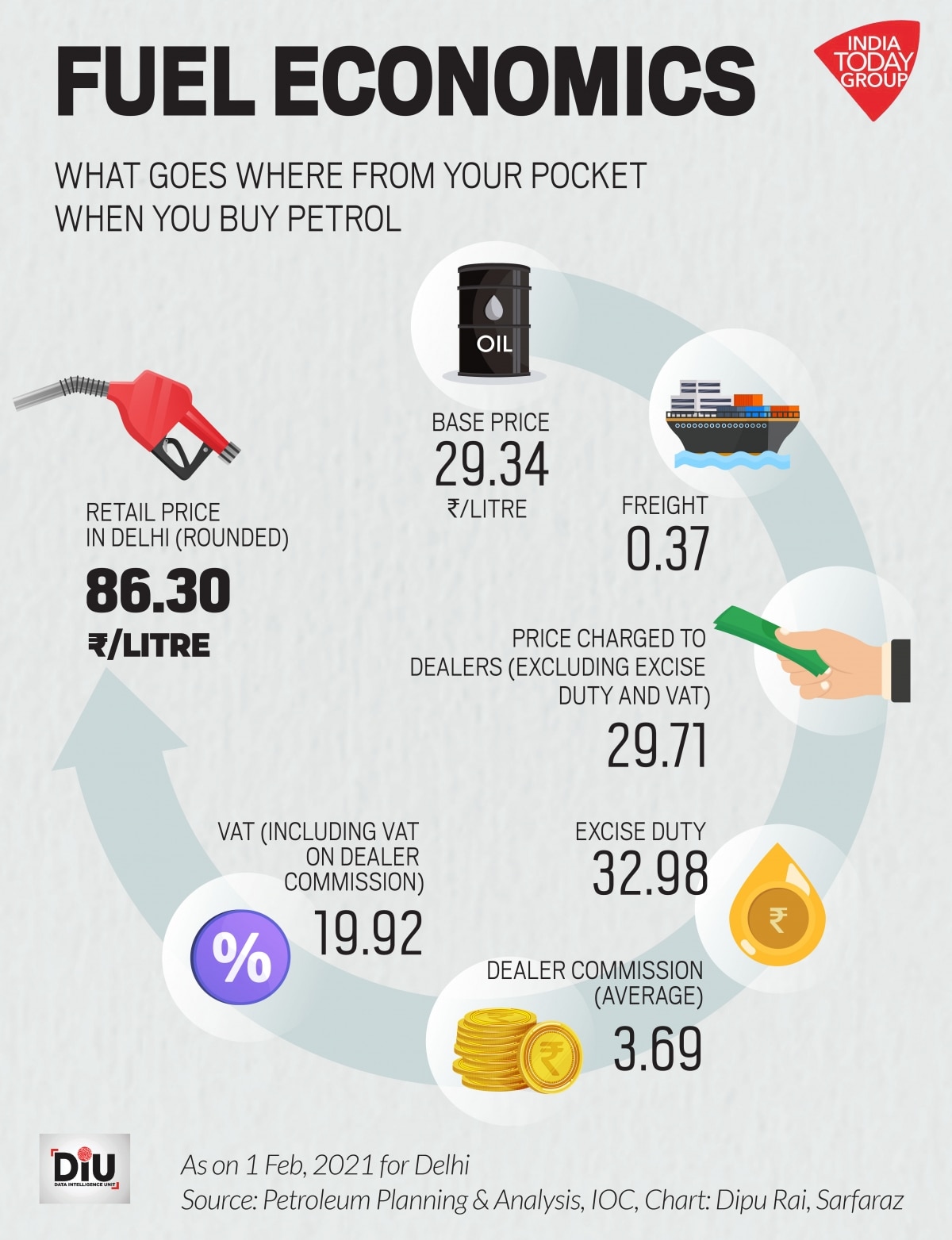 India follows the dynamic fuel pricing system to determine the cost of petrol and diesel. Fuel prices are revised daily, and the government has no control over pricing. This is done to transfer any gain due to falling oil prices to the consumer. The government then imposes taxes on the base price. 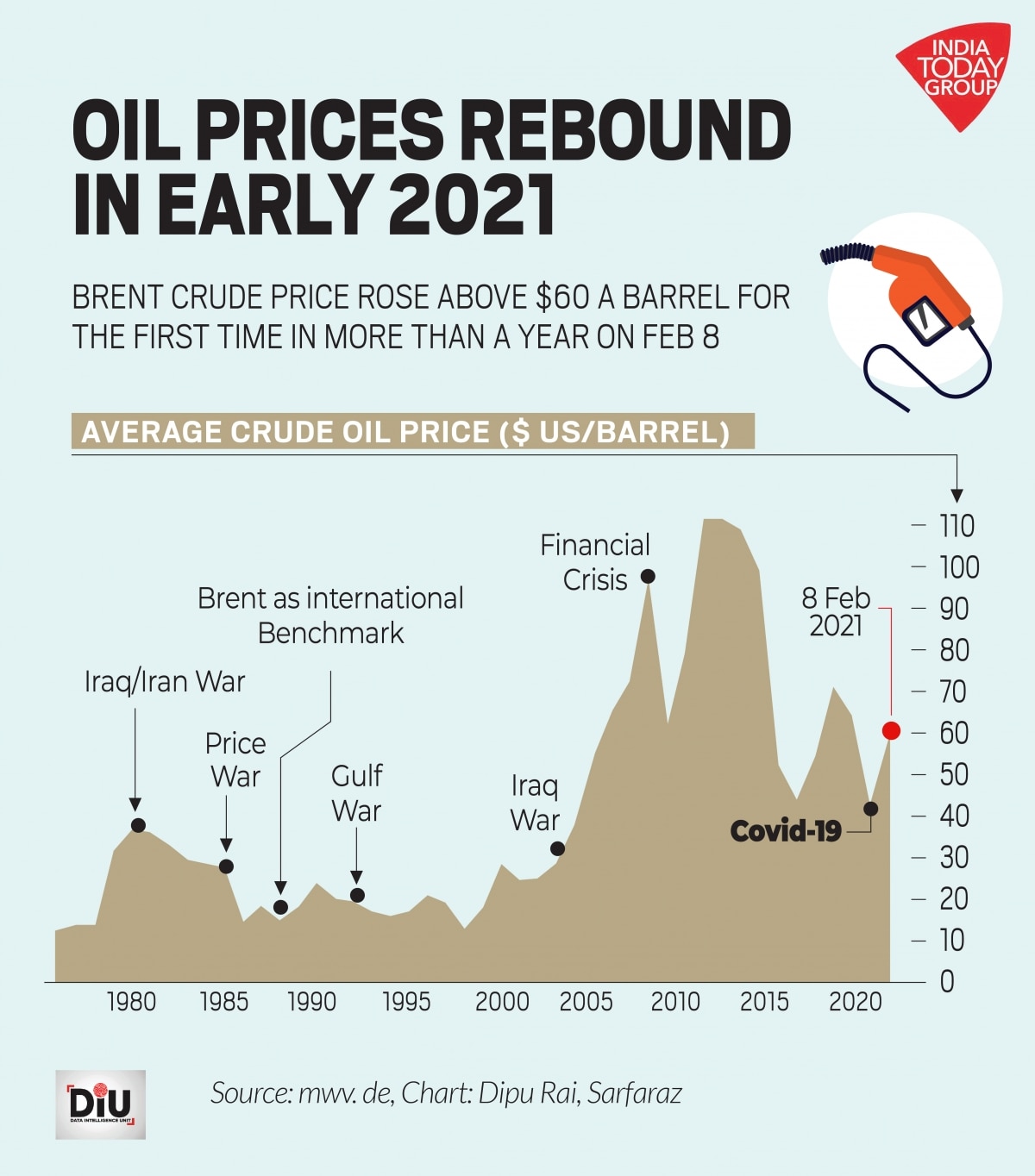 The government justifies the practice by saying that retail prices are based on internal crude prices and it is OMCs which decide the prices.

“Petroleum products’ prices are governed by some international pricing mechanism. This is the practice of the last few decades in our country because we have to import almost 85 per cent of our requirement from the international market,” petroleum minister Dharmendra Pradhan said in Rajya Sabha last week.

Petrol and diesel prices continue to rise across the country. As of Tuesday, February 16, petrol prices hit Rs 89.29 a litre, while diesel is selling at Rs 79.70 in Delhi. Similarly, in Mumbai, end-users are paying Rs 95.75 a litre for petrol and Rs 86.72 for diesel.