These craft rum makers are creating a buzz in Goa 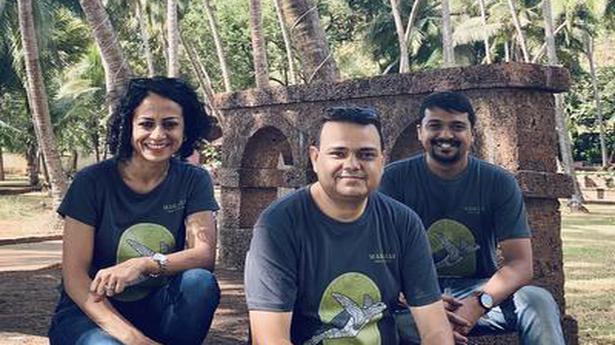 Stilldistilling Spirits came up with the newest Indian craft rum offering this year. We speak to founder Kasturi Banerjee about her journey from banking to blending

Kasturi Banerjee does not believe in half measures. Leaving behind an illustrious career in banking spanning 16 years, the former director of Compliance at an MNC bank, has taken the spirit industry by storm. She is the founder and CEO at Stilldistilling Spirits, based in Goa, that sprung into 2021 with Maka Zai, (‘I want’ in Konkani), a homegrown duo of white and gold rum with a distinctly Indian flavour.

The banker-blender-meanders through the bylanes of nostalgia as she talks about her detour, “Being a banker in Mumbai, I had a hectic social life. This piqued my interest in the hospitality industry, so when the time came to carve my niche, that’s where I headed. I first took a bartending course. I also conducted whiskey tasting sessions, but there came a time when I wanted to make my own spirit instead of talking about others,” explains Kasturi.

Getting started, she took all the time and guidance she wanted, getting in touch with Tulleeho, a provider of beverage education, training and consulting services. Tulleeho has been witness to the changing trends in the Indian beverage market, and its founder and CEO Vikram Achanta says, “We’ve been tracking the fast emerging craft spirits sector, which is primarily represented by whisky and gin brands. When Kasturi offered us the opportunity to help advise her and the company, it gave us insight into the building of a product and a brand, ground up, in a rum category, that we think is going to be the next big thing.”

To market, to market

Rum has primarily been a drink of the tropics, with big brands from Central America (Zacapa- Guatemala), Venezuela ( Diplomático), and the Philippines (Don Papa) dominating the market. According to Persistence Market Research, South Asia has been identified as one of the largest consumers of rum across the globe with India and the Philippines having the highest number of consumers.

Kasturi adds, “India is the second largest producer of sugar in the world, so we have a wealth of raw material here. I tested over 120 samples of sugarcane before zeroing in on my suppliers. We make our small batch craft rum with fine molasses and wood-matured cane spirit.” Maka Zai’s white rum is called the Bartender’s Edition, she says, “A nod to the most hardworking people at a party. Our white rum is made with sugarcane grown in and around the Panchganga river in Maharashtra, where the heavy rainfall makes the sugarcane sweeter, and the the rum picks up influences of the red soil, making it floral, spicy and herbaceous.”

The gold rum is called the Tribute Edition. “With a two- and-a-half years old aged spirit from Punjab, it is blended on the Goan seashore with hints of praline, dry dates, figs, caramel, cinnamon and honey”. The Bartender’s Edition is priced at ₹1,000 per bottle and the Gold ₹1,300.

Kasturi brought in her experience as a mixologist to the aesthetic at Maka Zai. Each bottle is a nimble 475 grams, made in Firozabad. “ Our bottle provides a certain ease of pour for a bartender, whether you’re holding it at the neck or at the base. Being in the business, the minutiae is important,” explains the Master blender. The labels bear the native Olive Ridley turtle, with miniature sun and navigator motifs on the contours.

“We chose the Olive Ridley because it lays its eggs on Goan soil, travels up to 9,000 kilometers but makes its way back home, to six nesting sites at Agonda, Galgibaga, Morjim and Ashvem. Our tagline, ‘Cheers to the chase’ is an ode to this journey of love,” summarises Kasturi, who is busy running training sessions at bars and restaurants after the launch of the rum.

Her team comprises Anurag Bhatnagar, the business head whose 20-year career has traversed marketing platforms across Southeast Asia and West Asia, and Abhirup Bhattacharyya, the brand ambassador. While the distillery has tasted early success with its first batch selling out, Stilldistilling Spirits is taking it slow. “We are currently focussing on Goa. It’s early days and these sunny shores are a perfect launchpad, with bars, restaurants and chef-led ventures popping up across the State,” she signs off.