Torn between Djokovic and hummus 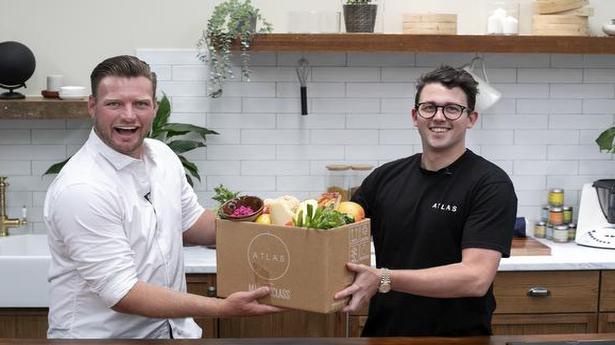 Last year, as Novak Djokovic triumphantly lifted the Australian Open trophy, Charlie Carrington was busy juggling three tonnes of hummus. The young chef, despite being at the venue, probably missed the highlight of the day… but he isn’t complaining. For, he successfully managed to feed nearly 25,000 people over two weeks at his popup restaurant at Melbourne Park.

Interestingly, this tennis extravaganza is also a haven for connoisseurs of good food. Grand Slam Oval features a variety of cuisine that traverses between fine dining and street food. After making his début at the event last year, Carrington is back again. In 2020, his menu comprised Mediterranean favourites from his venture LOMAH. This year, his restaurant Atlas Dining will cater at the venue and the focus is on Australian cuisine. “It’s a lot of fresh produce. The food has got a lot of influence from different countries: Lebanese, Chinese, Indian, Greek…,” says Carrington, over a Zoom call from Melbourne.

He is bringing in local flavours that translate to a refreshing menu starring Murray cod, Paroo kangaroo, ‘Red Hill’ apples, pickled beetroot, smoked ‘Holy Goat’ cheese served with heirloom tomato, and mango sorbet with saffron crumble. This time, given the pandemic, the number of people will be lesser. Carrington will start service on Thursday and is looking at serving 60 guests per day.

And do the tennis players also get to grab a bite at his popup? “No, it’s just the spectators. The players are too busy eating fish and salad,” he laughs. In addition, Carrington is also doing an Atlas Master Class. “We are sending out ingredient boxes and uploading videos on our YouTube channel. We have uploaded three videos with tennis player Sam Groth. I was in the kitchen with him and we made three Australian dishes. I will be very honoured if some people in India, watching this, would want to make one of our Australian dishes,” he says.

Carrington’s cooking style is influenced by his “incredible travel experiences”. So far, he has travelled to 13 countries to learn more about its food, recipes, cooking styles. “I spend two weeks in a country, go to markets, talk to people.” He was in India last March, scouring the city of Mumbai that inspired him with its street food and ingredients. Once the pandemic situation sorts out worldwide, he plans to pick up from where he left off: India; he wants to head back and go to Goa and Kerala.