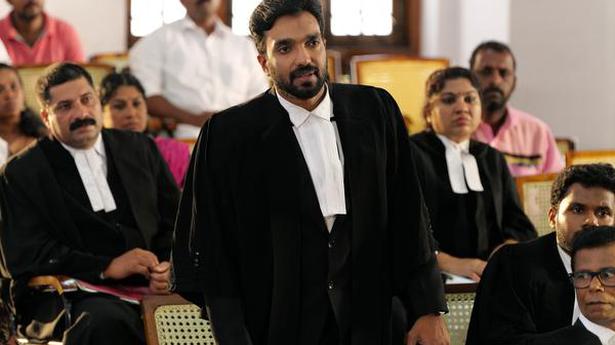 Director Pinku Peter’s debut film, Yuvam, was to have released in March 2020, if not for the pandemic and ensuing lockdown. But Peter, surprisingly, does not complain, “Something good always came my way, which made me count my blessings. Like when we released the teaser a few months back it was such a relief for us. Later, when we released the song, we got a lot of positive feedback. These little things were enough to keep up the spirit,” says Peter.

A pharmacist from Kottayam, Peter’s passion for movies brought him to the film industry. Although he wanted to assist an established filmmaker, he could not, “I was so busy running my business that I didn’t have time. Whatever I have learned is from the filmmakers I have adored over the years. I wrote the script for Yuvam during my spare time.”

Peter adds that he really enjoyed the shooting experience. “Everything went on schedule, we were done in 30-35 days. And then COVID-19 came out of the blue, but I didn’t feel too anxious about it for some reason initially. Of course as the days went on, there was uncertainty and anxiety but I was always hopeful. I was confident that to get this film out at the right time, and here we are.”

Peter, however, is tight-lipped and does not reveal much. Starring Amith Chakkalakal in the lead, Peter says that audiences will resonate with Yuvam, irrespective of the age bracket. “There is romance, action and there is drama too. Though the name suggests ‘youth’, the Sanskrit meaning is ‘power of unity’.”

He is not entirely sure about the film’s reception, given that the Kerala Government has only allowed 50% occupancy. “I am optimistic that Yuvam will be well-received. I hope that people watch the film in theatres. It is a laid-back watch that has something to laugh about and relax,” he says.

The others in the film include Nedumudi Venu, Indrans, Saikumar, Kalabhavan Shajon and Jaffer Idukki.