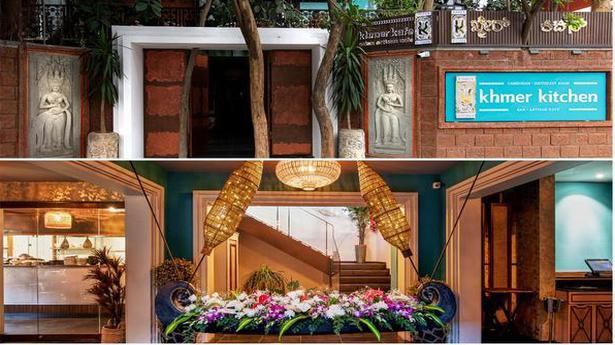 Number 697, JP Nagar 2nd Phase. Today, it is the address of Bengaluru’s new Southeast Asian restaurant with a Cambodian thrust, Khmer Kitchen. But until just three years ago, it was the residence and writing studio of late littérateur, actor and playwright, Girish Karnad. It was where he penned books, met with local luminaries like actor and theatre personality Arundhati Nag, and wrote his last play Boiled Beans on Toast (2012).

Locals still point out the familiar landmark hidden behind large ficus and rain trees. In fact, when architect-cum-newly minted restaurateur, Naveen Reddy, was scouting for a suitable property, it was the trees that helped him make up his mind. “They created a lush canopy that hid the house from view,” says Reddy, 47, who ensured no tree was cut while designing the restaurant (only a branch was removed to accommodate a transformer). So jackfruit and fig trees pierce walls and glass roofs, while flame of the forests paint the terrace floor vermilion. An ‘energy audit’ — which measures the positive energy in a space (“and the house has plenty of it”)” — convinced Reddy to retain the original structure. “The architectural challenge was to fuse the new and the old,” he says. “The house is quite contemporary for its time [built in 1982] and it came with two eccentric [off centre] courtyards.” The one at the back is now an outdoor seating space, while the courtyard in the middle has been converted into the Angkor bar. “The jackfruit trees are fruiting now and it looks like they are growing out of the mural [inspired by the Bayon and Ta Prohm temples],” he laughs.

Working with the original blueprint, one of the big changes made was accommodating terrace seating. They dismantled the sloping roof and Mangalore tiles of the two front rooms and put in steel beams and pillars to take the weight of a new flat roof. It is now the most popular dining spot come evening. What’s remained unchanged is Karnad’s library. Once the focal point of the residence, Reddy has retained it as a reading room. The only addition: a leafy cut out in the roof to let in more natural light. “We will be stocking the shelves with classics and books that explore Indian and Cambodian history, such as Nagapattinam to Suvarnadwipa [which looks at Chola naval expeditions to Southeast Asia],” he says, adding that next month, they will also showcase Karnad’s books and memorabilia, after they get his family’s permission. 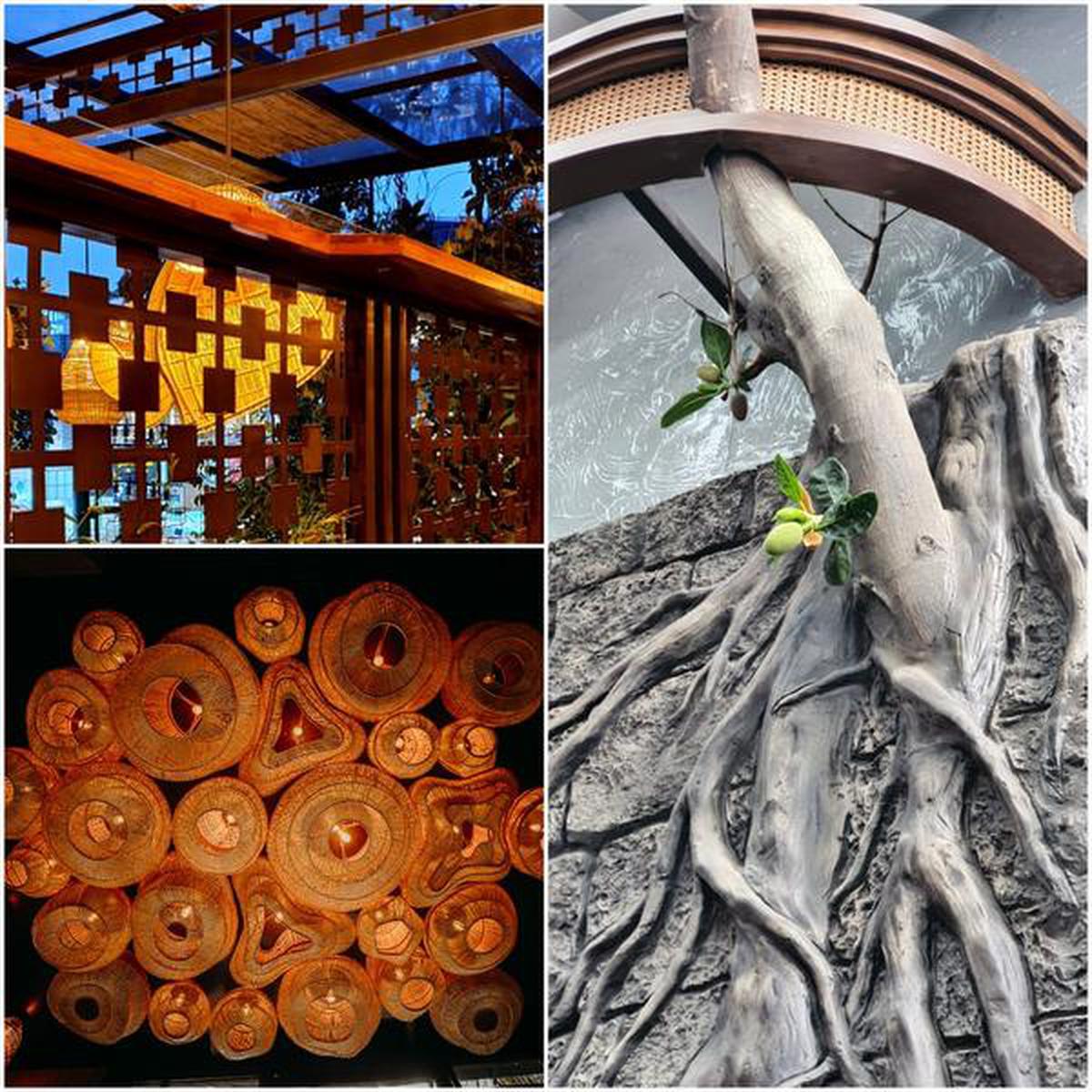 From top left: Positive and negative squares, a traditional Cambodian motif; the fruiting jackfruit tree in the Angkor bar; and the Thousand Suns light made with cane and bamboo

The Cambodian touches come through in the architectural motifs used — think traditional concentric squares used in local windows — the art and the décor. Highlighted by the ochre and teal palette that Reddy’s wife (and managing partner) Veena picked, are dramatic cane and bamboo lights made from fishing baskets, a carved soapstone head of King Jayavarman, and even a life-size canoe. “The staircase [now contemporarised with glass railings and wood cladding] has a large illustrative map depicting the “places we visited and those that are known for its food”, concludes Reddy. 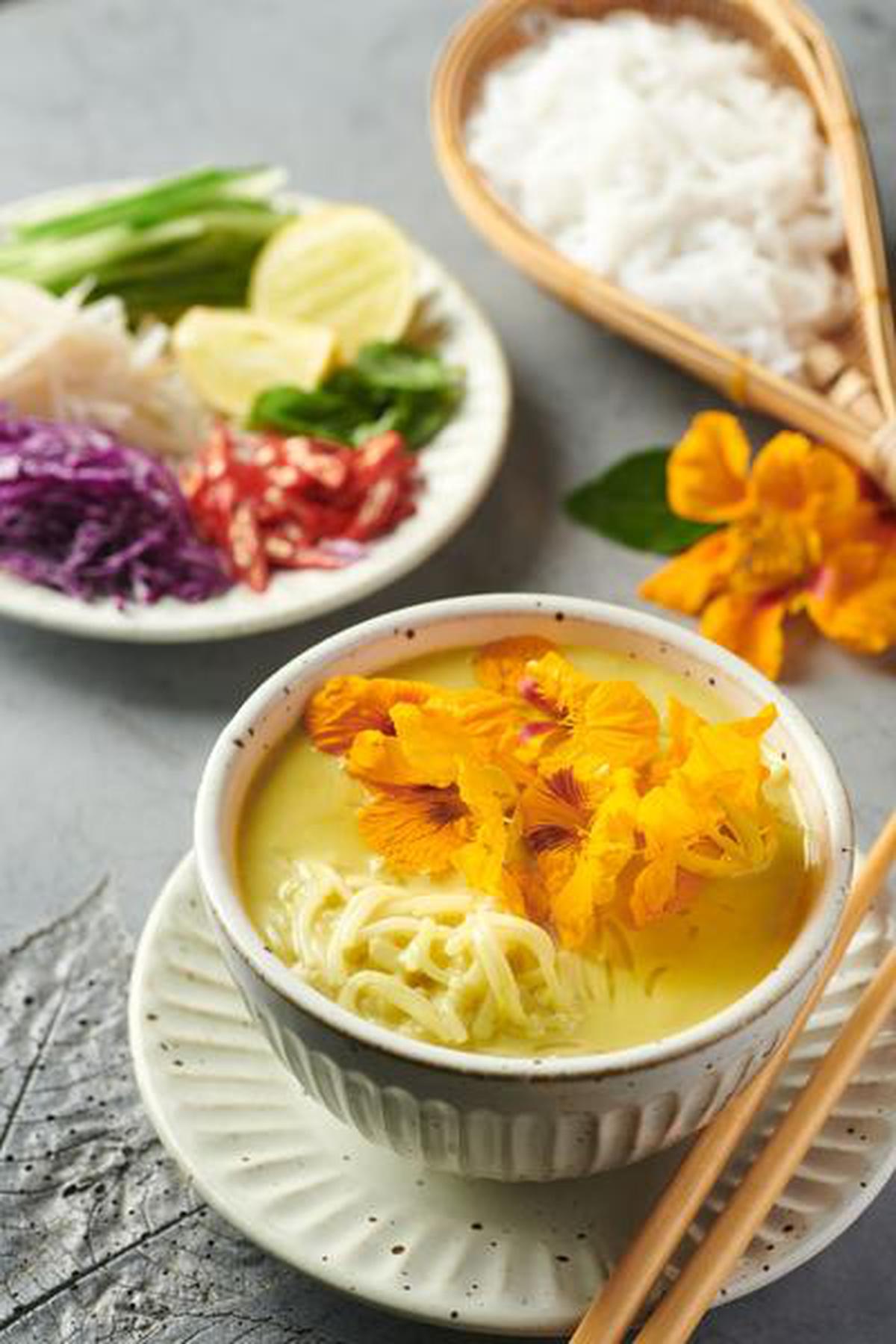 Reddy’s love story with Cambodian food saw him travelling to the country eight times before the pandemic, exploring places like Phnom Penh, Kampot, Battambang and Kaoh Ker — and perfecting his rice noodle making skills. He also met with local chefs like Kethana Dunnet (who taught Gordon Ramsay how to make fish amok) and Rotanak Ros, aka chef Nak, who recently published the cookbook, Nuhm – Recipes from a Khmer Home Kitchen (which he hopes to launch in India in June). “Chef Nak helped curate our Cambodian menu [the restaurant, which opened in December 2020, also serves a pan-Asian menu that includes baos, sushi and ramen],” says Reddy.

Try their Nom Bahn Chok, a peasant meal of rice noodles topped with ground fish broth made with fresh yellow kroeung (an aromatic paste with galangal, turmeric, lemongrass, kaffir lime leaves, garlic, and shallots, that is integral to Khmer cooking); the popular fish amok, mud crab with green peppercorns, and lamb shank saraman curry. “The desserts have both Indian and French influence [from its trade relations and colonial legacy],” says Reddy, asking us to sample a caramelised banana and palm sugar concoction that reminds him of a dessert from Kerala, and their popular crème brûlée infused with green pepper. Coming soon: chef’s tables with experts flown in from Cambodia.