How to catch a star: on Benares, a new entrant in the 2021 Michelin Guide 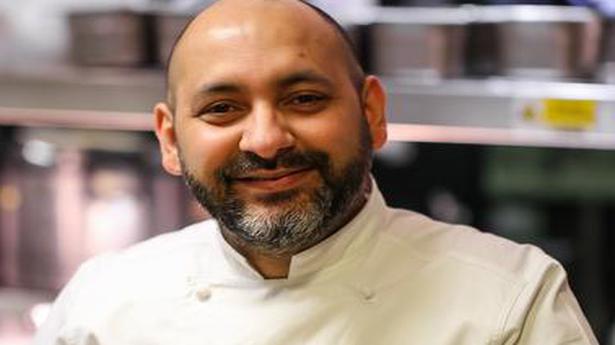 Earlier this year, the revered French chef Pierre Koffmann made a prediction in Caterer magazine. He said his protégée, chef Sameer Taneja, who had taken charge at the restaurant Benares in 2019, would win it a Michelin star.

Koffmann’s judgement was on point. This week, as the famous red book announced its lists for the UK and Ireland in an unusual online ceremony, Benares earned a one star — the only Indian restaurant of the seven new entrants to the ‘one star’ list in London. (Amaya, Veeraswamy, Quilon, Trishna and Gymkhana have retained their one star apiece, too.)

Koffmann’s confidence may have stemmed from the food he had been sampling as Taneja went about reworking Benares’ menu, shifting its focus from what had sometimes been dubbed “Frenchified” to dishes that still fit the bill of “inventive” but are also deeply rooted in regional Indian home cooking.

“Our food is truthful, the spicing correct and we take pains to create flavours as they would be in their home states, though we are creative and use high quality European ingredients. We do not cook to suit the tastes of a particular audience,” says Taneja, for whom the honour is an affirmation of a long journey from the kitchens of The Oberoi Rajvilas as a chef trained in French food to being the understudy of the likes of Koffmann before shifting to what he terms “my own food”.

“When I started and worked at Rajvilas, I am ashamed to say, I thought French food was superior and, to be a great chef, you needed to cook it. For 10 years, I worked in top restaurants, including three Michelin star restaurants, to perfect my cooking. Finally, it was Pierre Koffmann, in whose kitchen I was working, who told me, ‘Sameer, you need to cook your own food,’” says Taneja. “I don’t know if he meant it in a good or bad way, but I realised I needed to work with flavours and spices that were intrinsic to my identity,” he adds.

Taneja was lucky to be picked up around this time as head chef for Benares under Atul Kochhar, though he was not an Indian chef. He learnt on the job and four years later left to head Talli Joe in 2016, where he created a playful menu based on comfort Indian food. With Kochhar leaving Benares in 2018, the restaurant that had been a leader of formal, plated modern-Indian food in London, lost its one star and its sheen, though it continued to be one of the most expensive Indian restaurants in London (and still is with dinner at around £110-£120 per head). Taneja was hired for the top job a year later and has been reworking the menu with endearing humility.

Under him, team members are encouraged to bring home food to the restaurant for everyone to share. New dishes are created using these flavours as a base. There are other examples of inventiveness with home cooking. A best-selling oyster and sun bream chaat that Taneja created, he credits (on Instagram) to one of my home recipes — panna pakori that he had tasted at my pop-up in London in the summer of 2019.

The move towards more nuanced Indian gastronomy has been picking up steam in London for a while and seems to have intensified through the pandemic with people seeking a sense of comfort and rootedness. Benares’ ‘at home’ menu and uber popular thalis, which are 2020 additions, respond to these changes. In the post-Covid world, this may be a direction to take as formal dining gets upended.

That the Michelin guide, long accused of awarding primarily white table-clothed gastronomy with a French bias, has recognised this shift now is a positive note — in line with the three stars for trailblazing chefs Hélène Darroze at The Connaught and Clare Smyth at Core (the only two new restaurants to get three stars). Both are women, which should be incidental but is important because of recent spotlight on the history of gendered inequality in restaurant kitchens.

Critics of the Michelin Guide in the past have questioned its relevance in times when audiences have been moving to casual dining. As a response, seemingly, it began to recognise even hawker’s stalls in Asia in the last few years. But that hasn’t cut ice with local diners in cities like Hong Kong and Singapore. In Europe, however, it remains influential, its ratings often seen as validation by top talented chefs, despite the many pressures they report trying to maintain the stars. From a business point of view, restaurateurs in Europe I spoke with say it helps establishments when they are above a certain price point and trying to gain more of a travelling audience. How influential the guide remains and what patterns diners follow may change in the post-Covid world. However, for now, for chefs like Taneja, the stars are real. Badges that affirm not merely prestige but their own quality.

Anoothi Vishal is a Delhi-based food writer and author.