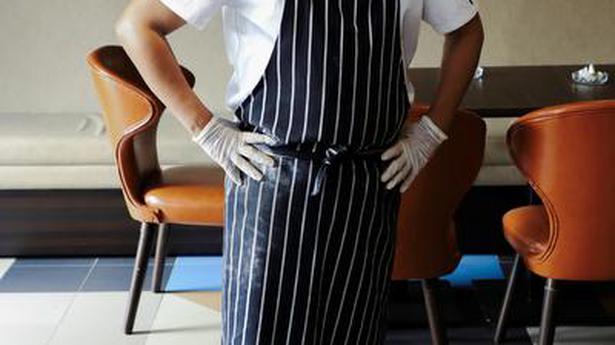 Saby marks his maiden tryst with Chennai through a collaborative menu at Dank, featuring global cuisines and local ingredients

In early 2020, Dank was among a small set of promising debutantes in Chennai’s dining scene whose season was cut short by the COVID-19 lockdowns within mere weeks of their opening. However, the T Nagar-based bar and restaurant has persevered, strutting into 2021 on the arm of celebrity chef Sabyasachi Gorai. Saby, as he is popularly known, has collaborated with Dank to create a special menu that includes — among other things — ponchiki, a custard-filled Armenian pastry almost synonymous with Lavaash by Saby in New Delhi.

The chef, who has been in the industry since 1997-98, has worked largely with European and Mediterranean restaurants. “My stint with SodaBottleOpenerWala in Bombay happened almost as an offshoot of that. Lavaash, on the other hand, was connected to my father’s work with the Armenian colony in Calcutta. So European, Middle Eastern, Turkish, have always been a part of the cuisines [where I worked]. In a French-Mediterranean restaurant where I worked, we would serve beignets; they were very similar to ponchiki, but without the filling. The custard filling is how it is done in Russia, Armenia, Poland and Georgia,” explains Saby, adding, “The custard for our ponchiki at Dank is entirely homemade. We didn’t want it to taste commercial.”

The offerings at Dank, however, are not all exotic — a large part of the menu plays with regional ingredients and tastes, even making it a point to boast about the locally-sourced ingredients in fine print.

Says the chef, who was briefly in town to introduce the new menu to guests, “We have not changed the recipes of the European-origin or Mediterranean-origin dishes; but have made them using local ingredients. One of the dishes is an arancini (an Italian rice dumpling) that we have made out of ghee bhat. We also have a lot of spice blends, to which we have added podis like black sesame podi, curry leaves podi and red chilli podi.” He also used the local seeraga samba rice to create a Spanish paella for a special brunch, along with a string of fish items. “A good thing about Chennai is that the people here are very open to fish and other seafood. Meat, I think, we still have to work on. Bengaluru, on the other hand, is more accepting of meat than it is of seafood,” muses Saby.

For a first foray, Chennai has been smooth sailing for the chef. “I was warned by many that the dining habits of Chennai are very different from that of Bengaluru, Pune and other cities. But a large part of the community that I see meeting at Dank are well-heeled, well-travelled youngsters, very similar to those I see at restaurants in other cities. They know good food and appreciate innovation. Like Bangalore, Chennai has higher spice levels than what we probably take in Bombay, but I felt quite at home.”