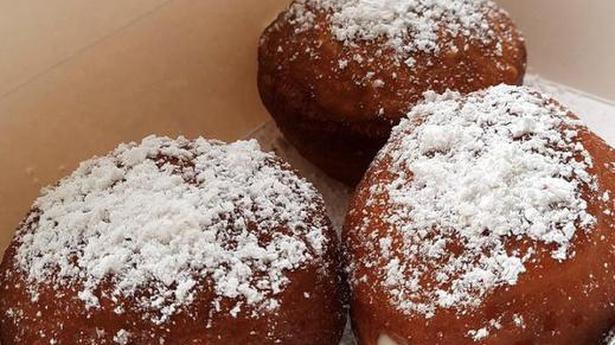 A cloud kitchen in Kochi, Project Portugal, that serves Portuguese eats over weekends

When 23-year-old Damien Jude Reynolds worked at Boteco, a South American-Brazilian specialty restaurant in Pune, he discovered more about Portuguese cuisine and fell in love with it. He took that love back home to Kochi and started ‘Project Portugal by Damien’ – a cloud kitchen where he cooks Portuguese food every weekend for a now growing and loyal clientele.

He calls himself the ‘one-man Army’ behind Project Portugal since it is, for now, a one person operation with him doing everything from shopping to prepping to cooking. So every weekend — Friday to Sunday — bolas de Berlim, rissois, coxina de frango, pastel de nata, pao de queijo with an assortment of dips such as pesto rosso, gremolata and aioli make their way out of his kitchen to be delivered across Kochi. Rather than spread himself too thin, he sticks to a focussed menu.

Each week the menu has four items on the menu, with a special inspired by countries that Portugal had influence on, including culinary, such as Brazil, Angola, Mozambique, India, and Guinea Bissau among others. There is a personal Portuguese connection as well on his maternal side. But Portuguese cuisine in Kochi like elsewhere has been localised, for example in a dish like pork vindaloo. But, Damien says, “the cuisine may be ‘indigenised’ but the Portuguese flavours do give a kick, you can taste it in the back of the tongue.”

Launched in September this year, Project Portugal fills a gap, “Portuguese food is not available here, which got me thinking about starting a place for Portuguese food,” Damien says. He doesn’t have a restaurant, the food (more short eats than main course) is home delivered.

He studied culinary arts at Manipal, before interning at Goa and later on moving to Pune to work at Boteco run by Guto Souza. “Like they say ‘everything happens for a reason’. I interned at Go With the Flow in Goa, which Souza started before handing it over to a successor and moving on to open Boteco. I heard a lot of good things about him, so I thought why not go there. I worked there for two years,” he says. He plans to move to Spain, in February for his Master’s degree.

Training under Souza, he picked up not only the knowledge but also learnt traditional Portuguese food tastes. Damien sticks to traditional recipes, tweaking them if he can’t find ingredients like cheese required for the three-cheese bread. He instead used the locally found cheese — parmesan, cheddar and mozzarella.

He loves cooking and enjoys everything he makes…his processes are not mechanised, instead he prefers to do his kneading and rolling with his own two hands. “I enjoy making everything,” he says. The menu is a mix of the sweet or as he calls it ‘minimalist confectionery’ and the savoury, his best seller is pasteis de nata — Portuguese egg custard tart pastry. This is one of the recipes he tweaked to suit the palate, “It has a lot of eggs, and the eggy flavour would not appeal to the people here, so I made the custard thicker and use fewer eggs.”

Over the last couple of months he has created a following, most of whom are now regulars. The clientèle is a mix, but he finds feedback gratifying especially from those who have travelled and know the food, complimenting him for being able to recreate the taste.

Project Portugal’s future appears uncertain after he leaves for higher studies. He is weighing his options but doesn’t want to leave it in inexperienced hands. “I have plans, let me see how it works out,” he says.