Crunch and munch: The new science of eating 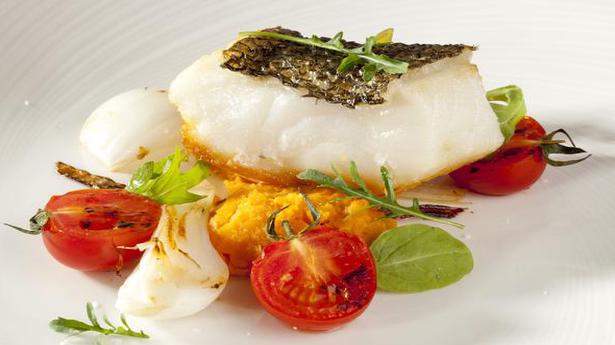 There is something mouth-watering about the thought of ordering a grilled Chilean sea bass, with garden fresh green salad on the side. But would we want to have the Patagonian toothfish, however well-grilled? I don’t think I would — it sounds much too toothy.

But guess what? It’s just another name for the Chilean sea bass, author-cum-academic Charles Spence tells us. Once the fish started appearing in restaurants as sea bass, sales in some markets increased by well over 1,000%, he writes in Gastrophysics: The New Science of Eating.

This is an incredible book which makes you laugh and knit your brows by turns. At the very outset, the writer, a professor of experimental psychology at Oxford University, explains the term, ‘gastrophysics’: “Gastrophysics can be defined as the scientific study of those factors that influence our multisensory experience while tasting food and drink. The term itself comes from the merging of ‘gastronomy’ and ‘psychophysics’: gastronomy here emphasizes the fine culinary experiences that are the source of inspiration for much of the research in this area, while psychophysics references the scientific study of perception.” In other words, it is the new science of eating.

And eating, as Spence points out, is as much about the mind as it is about taste. Some years ago, he had conducted a study with Unilever. The research found that boosting the sound of the “crunch” in a potato crisp enhanced the perception of its crunchiness and freshness: “Research, I am proud to say, that led to our being awarded the Ig Nobel Prize for Nutrition.”

Perceptions, indeed, add to taste, or at least nudge us into judging what’s tasty and what’s not. It explains why the golden rainbow trout is considerably more popular than the regular brown trout. “But why stop there? When was the last time you ate an ugly fruit,” he asks.

Some of his descriptions reminded me of social media jokes giving sophisticated terminology to old Indian favourites (samosas described as crispy triangular pastries with a filling of lightly sautéed potatoes, for example). In the same vein, he gives a new avatar to pasta salad.

A salad with pasta, he argues, sounds healthier than pasta salad. Of course, when the dish is described as “Neapolitan pasta with crispy fresh organic garden salad,” it goes straight to the high table. “The pleasures of the table reside in the mind, not in the mouth.”

Spence cites the example of a Swiss restaurant to make his point. The food there was good, but the chef found that the guests were not really enjoying it: he thought they were all a bit too “stiff and buttoned-up”. The restaurant then placed a little toy cow on every table. When a diner lifted it, it let out a mournful moo.

“Diners often laugh in surprise. Then, within a few moments, the dining room erupts into a chorus of mooing cows, and the restaurant is full of chortling diners. The mood has been lifted and that is when the first course comes out from the kitchen. This wonderfully intuitive mental palate cleanser is far more effective than any acidic sorbet — the traditional means of cleansing the palate — at enhancing the diners’ enjoyment of the food to come.”

In the 90s, master chef Heston Blumenthal created a crab ice cream to go with crab risotto. This was passed after a series of testing trials. But the response when it was first served came as a bit of surprise. “‘Urrgghh! That’s disgusting. It’s way too salty.’ Well, maybe I exaggerate a little — but trust me, the response wasn’t good.” The problem, Spence explains, was that most Westerners associated pinkish-red in food — the colour of the ice cream — with a sweet, fruity taste.

“Heston showed that it was possible to radically influence people’s perception and liking of the frozen pink treat simply by changing the name of the dish. All it took to modify the participants’ expectations in the lab was to tell them this was a savoury ice, or else give the dish the mysterious title ‘Food 386.’” People started enjoying the ice cream once they knew what to expect. “Crucially, they no longer found it too salty either,” Spence writes.

Clearly, there is more to food than what meets the tongue.

Rahul Verma likes reading and writing about food as much as he does cooking and eating it. Well, almost.