Why Malayali households went back to ration shops during the pandemic 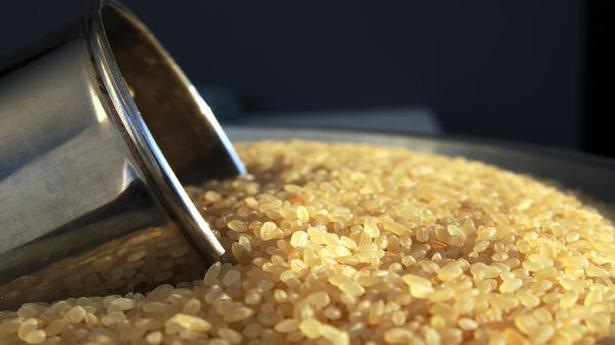 The pandemic is when many of Kerala’s urban millennials, Gen Z and even celebrities rediscovered the good old Public Distribution System, with its free, quality grocery kits

Gayathri TS is at her wits’ end, thanks to her mother Vimala S’ constant reminders about collecting their monthly free kit comprising rice, wheat, pulses, oil, masala powders and more from the ration shop at Edappally, in Kochi, before the last date. “She doesn’t want to miss the generous supply of essential commodities and keeps calling our ration dealer to get updates about the distribution. This has been a routine ever since we got free kits for Onam,” says Gayathri, a media professional.

The pandemic reconnected several households with the public distribution system (PDS) across Kerala. While a friend confides that she had to go scouting for her ration shop, another one said that her 70-year-old mother-in-law has stepped out of her home since March only to get her kits because of the biometric authentication in place.

“It has become a habit to wait for SMS alerts every month to get updates about the kits and other items. I have to keep nagging my son to take me to the ration shop,” says Indira Radhakrishnan, a retired Government employee from Tripunithura near Kochi. Gayathri adds: “It was amusing to see Gen Z guys also queuing up. Their body language clearly showed that they were stepping into the shop for the first time. One of them said he wanted only the kit, and had no clue when the ration dealer asked whether he would like to buy anything else he is eligible for!”

As per the Department of Food, Civil Supplies and Consumer Affairs, Government of Kerala, there are over 89 lakh card-holders in the State, covering four categories — most economically backward (yellow card), below poverty line or BPL (pink card), Above Poverty Line (APL) or non–priority subsidy (blue card) and non-priority (white card). The Government claims that 98% of card-holders have collected the kits since they were introduced in April via the 14,000-plus ration shops. Also, 1.5 lakh new ration cards were issued during the lockdown.

While the kits distributed in the initial months had items worth ₹1,000, those distributed in the following months were worth ₹700, ₹350 and ₹500. Besides, 10 kilograms of rice, priced at ₹15 per kilogram, were sold for three months from April. “The good news is that the kits will be available till April this year. In addition, blue and white card-holders will be given 10 kg of rice at ₹15,” says Indira.

A sample online survey conducted by the Kochi-based Centre for Socio-Economic and Environmental Studies between April 28 and May 6 revealed that 98% priority category card-holders (yellow and pink), 91% blue card-holders and 85% of the white card-holders made purchases using their ration cards during the lockdown. And those who did not have cards could purchase items by producing an affidavit for a few months.

For many blue and white card holders, their ration card used to be just another document to prove their identity. Complaints in plenty about the poor quality of the products had kept away many middle-class card-holders, and ration shops lost their importance with the opening of supermarket chains and provision stores.

Then, lockdown began. Parvathy Nair, senior programming head with a private FM channel in Thiruvananthapuram, says “These free kits and the reasonably good quality of products became the talk of the town. So I didn’t hesitate to get my kit. Now besides the free kits, I buy other provisions that I am entitled to get as a card-holder.”

Prior to the lockdown in March, some card-holders bought rice and wheat to feed poultry, says Radhika A, an IT professional from Perumbavoor in Ernakulam district. “Now I don’t want to miss out on what I am eligible for. Since I have a white card, I can buy four kilograms of rice at ₹10.90 per kilogram. The same would cost me at least ₹50 in the supermarket. Wheat flour is ₹17 per kilogram, whereas the retail rate in shops is ₹55-60. Since the kit is more than enough for my small family, I give away a few items to a neighbour. There was so much of chickpea that I didn’t know what to do with it!” she says.

Among the celebrities who rooted for the PDS was filmmaker Ranjith Sankar. On June 9, 2020, Ranjith posted on his Facebook page that he went to a ration shop for the first time in his life. “Kerosene was the only item that we used to buy from our ration shop, that too once in a while. But I never went to the shop. However, during the lockdown the onus fell on me. It was an eye-opener. The ration dealer was such a nice man that he ensured that I purchased rice and flour as well. All it cost me was ₹157. I wanted more people to know about our PDS and that’s why I wrote about it,” he says.

Writer-scenarist Krishna Poojappura, who penned his thoughts about ration shops in a daily, says that back in the 1970s and 1980s, ration shops used to be meeting places for people in the neighbourhood. “We all were dependent on these shops to a great extent because most of us needed the support. But after a point, I stopped buying from there, mainly due to the inferior quality of the stuff and opening of more shops. However, during the lockdown I went back to my old habit and I will hold on to it,” says the writer from Thiruvananthapuram.

Ration dealers are also happy with the turn of events. Besides the basic salary of ₹18,000-plus, they earn ₹1.80 per every kilogram of rice they sell, and ₹7 for each kit distributed. Geetha Kumari (name changed), a ration dealer from Kottayam, says: “We are happy that more people are coming in. There have been a lot of new faces, including those who turn up in swanky vehicles!”